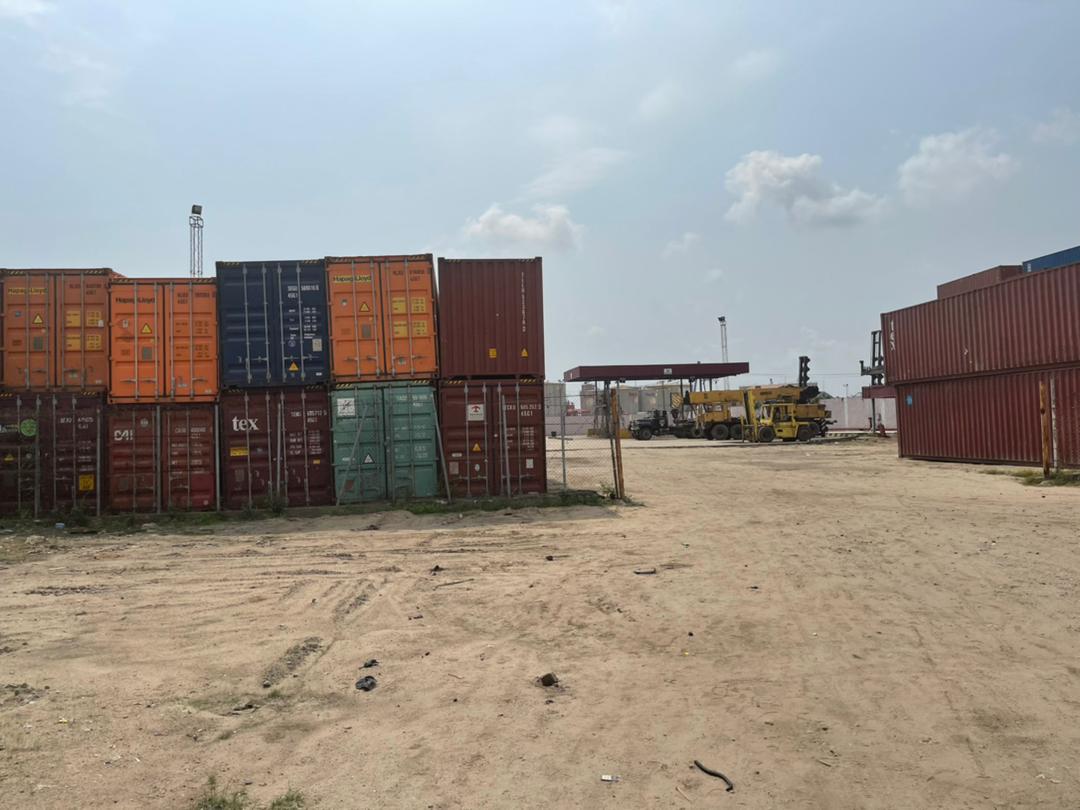 One of the Illegal Container Terminal facility.

The Lagos State Government on Thursday sealed 5 Container Terminals along the Kirikiri coast for operating illegally without recourse to the Lagos State Urban and Regional Planning and Development Law.

The sealing of the Container Terminal facilities, which are becoming ubiquitous along the coastlines of the State, was the outcome of a special enforcement exercise coordinated by the Ministry of Physical Planning and Urban Development in conjunction with the Lagos State Waterways Authority (LASWA)

The Commissioner for Physical Planning and Urban Development, Dr. Idris Salako stated that Container Terminals were operating without the approval of the Lagos State Government while their operations had been observed to have constituted a menace to the watercourse of Lagos State.

He added that no such operations with serious potential impact on the physical environment could be allowed to go on without proper regulations.

Salako added that the Container Terminals that were sealed had been hiding under the guise of having federal approval to operate but could not present on demand any permit legalising the location of their facilities.

He said that the State Government had said repeatedly without mincing words that it was determined to halt the spate of illegal physical development in the State and give proper planning its pride of place towards achieving the T.H.E.M.E.S Agenda.

The Managing Director LASWA, Mr Oluwadamilola Emmanuel corroborated that all activities on the waterways of the State were being controlled through constant surveillance and monitoring which would not give room to any illegal operations that could be inimical to the progress of the State.

In the same vein, the Physical Planning Commissioner enjoined Tank Farm Operators in the corridor to refer to the ultimatum on legalising their operations which would lapse by the end of February 2021 and revert to the Ministry with a view to doing the needful.

He urged the Tank Farm Operators to reciprocate the compassion and understanding displayed by the Governor of Lagos State, Mr. Babajide Olusola Sanwo-Olu, and resume discussions on how to actualise their approvals and their Corporate Social Responsibility to their respective bases of operations.