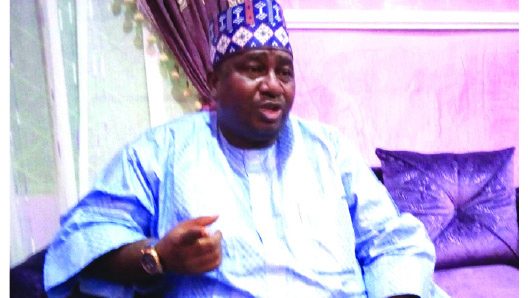 The leadership of the Nigeria Union of Teachers (NUT) has accused the Academic Staff Union of Secondary Schools (ASUSS) of misinterpreting the Supreme Court judgment of Jan. 15.

The NUT National President, Mr Nasir Idris, represented by Deputy National President Kelvin Nwankwo, who said this while addressing newsmen on Thursday in Abuja, alleged that ASUSS misinformed the public on the issue.

Idris claimed that ASUSS had informed the public that the Supreme Court in its judgment ruled in its favour to break away from NUT.

He said that that there was nothing near the claim in the resolution of the Supreme Court in the case between the two parties- NUT and ASUSS.

He explained that it was NUT that originally challenged ASUSS at the High Court for parading itself as a trade union with secondary school teachers as members and that court ruled in NUT’s favour.

He said that ASUSS appealed the judgment until it got to the Supreme Court, which referred both parties back to the Court of Appeal to decide whether the Federal High Court had the jurisdiction to hear the matter in the first instance.

He said the above was the current state of the matter and NUT was still awaiting the transmission of the case to the appellate court and wondered why ASUSS now misinterpreted it to mean that Supreme Court had ruled in its favour.

He noted that the Supreme Court judgment had not ruled that ASUSS breakaway from NUT.

“To the best of our knowledge, the subject matter on appeal is ASUSS vs NUT, which was before the Supreme Court bothering on the jurisdiction of the Federal High Court to grant the restraining order sought by the Nigeria Union of Teachers (NUT) against the Minister of Labour and Productivity to unilaterally register a Trade Union contrary to the provisions of Ss. 3(2), 5 (4) of the Trade Union Act CAP. T14 LFN 2004.”

The learned Lords of the Supreme Court per His Lordship Chima Centus Nweze, JSC in his lead Judgment held: “Under the doctrine of stare decisis, we are bound by these decisions.

It follows therefore, that in the instant case, where His Lordship E. Ekanem, JCA who did not participate in the hearing of the appeal, rendered a judgment thereon, the lower court, in so far as the panel that delivered the judgment was different from the panel that heard the appeal, was incompetent.

“The appeal is therefore allowed. The judgment delivered on 9/6/2014 is a nullity and must be and is hereby set aside. Appeal No. CA/A/256/09 shall be remitted to the Court of Appeal, Abuja Division, to be heard by a different panel of that court.”

Further giving clarification, he said the Supreme Court in its lead judgment held that the panel that ruled on the case at the Appeal Court was not competent and directed that the case be sent back the Appeal for readjudication.

“Therefore, we urge all well-meaning diligent and hardworking Secondary School Teachers, not to fall prey to the media stunts and ill-fated propaganda employed by the leaders of the self-acclaimed ASUSS.

Mr Samuel Omani, the National President of ASUSS, while reacting, dismissed the claim by the NUT stressing that the Supreme Court judgment was in favour of the association.

Omani said that the verdict of the Apex court on Jan 15 on the issue was a God’s given victory for the association.

He commended the Supreme Court for the judgment for accepting the creation of a breakaway faction of secondary school teachers from the NUT.

“We have come a long way; we came from the Court of Appeal to Supreme Court because we felt that what the judgment issued there was wrong.

“The battle has not been a small one, we have been on this issue, since 2014, that is about six years ago.

“I will want to say that beyond what we wanted, God gave it to us,” he said.