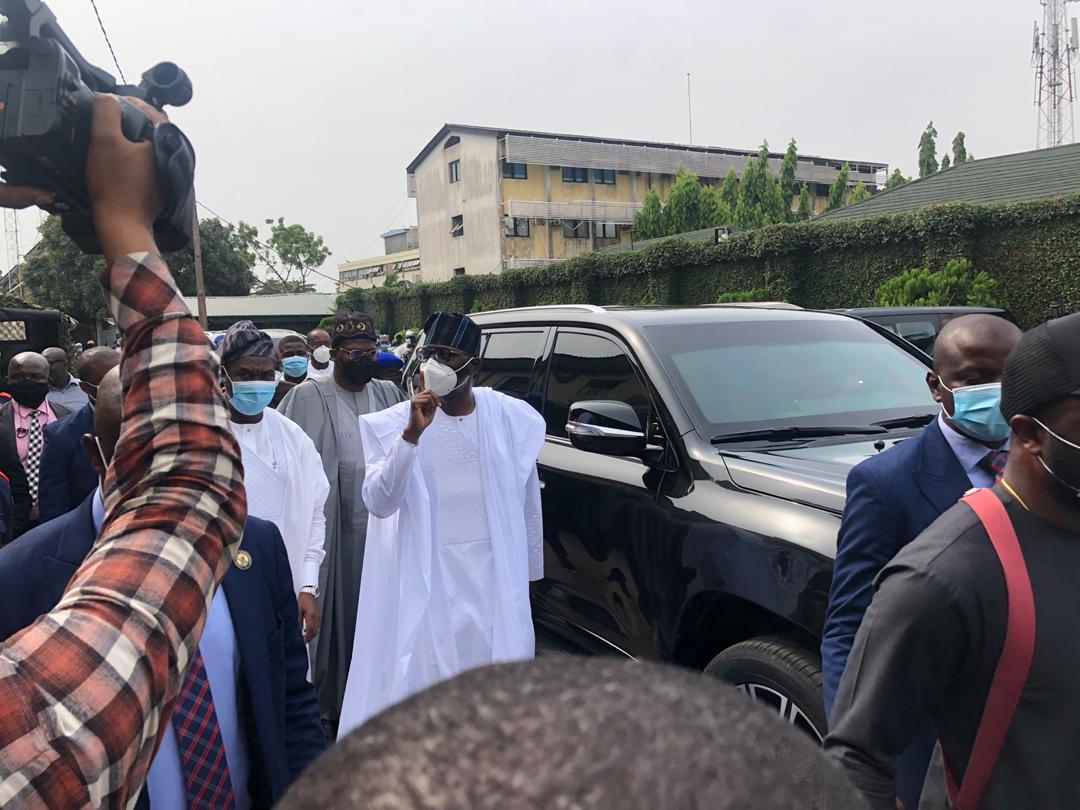 The governor of Lagos State Babjide Sanwo-Olu, his deputy, Obafemi Hamzat have arrived vaults and gardens for burial of Lateef Jakande, the first civilian governor of the state.

The remains of the former governor of Lagos State, Lateef Jakande, however, is yet to arrive vaults and gardens, Ikoyi for burial.

The former governor was reported dead in the early hours of Thursday.

Ahead of the arrival of the remains of the former Lagos governors, the Chief Imam of Lagos, Sheikh Suleiman Oluwatoyin Abou-Nolla arrived.

Press men  were also denied access to the cemetery following the arrival of the governor.