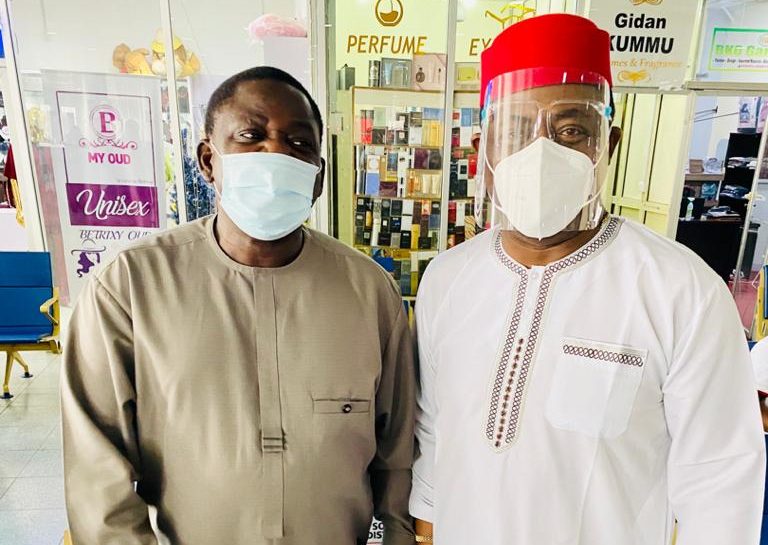 Fani-Kayode announced this on his social media page.

However, did not say where he was coming from or going before the encounter with the spokesperson of the man who has been the butt of his most trenchant criticisms since 2015.

Adesina and Fani-Kayode have also had not a few spats in the course of the presidential spokesperson’s rebuttal of criticisms or allegation against his boss by the former minister.

But Fani-Kayode described Adesina as his ‘old friend’ saying it was a ‘pleasure to see him again after many years,’ while narrating the airport’s encounter.

But he declared that ‘he is really in trouble’ without stating the reason for saying so.

“Was delighted to have bumped into my old friend and brother Pastor Femi Adesina, Special Advisor to President Buhari on Media & Publicity at Abuja airport this morning!

“Oh dear! Now I am really in trouble! It was a pleasure to see Femi again after a number of years!,” he wrote in the post.

There have been rumours of the likelihood of defection of Fani –Kayode from the opposition Peoples Democratic Party to All Progressives Congress, APC following his meeting with officials of the ruling party in the past few days.

On the strength of the meeting, the Kogi State Governor had last Wednesday declared that the former Minister is now a member of APC.

Fani–Kayode denied the claim, insisting that he is still a member of PDP, but was consulting on his political direction.