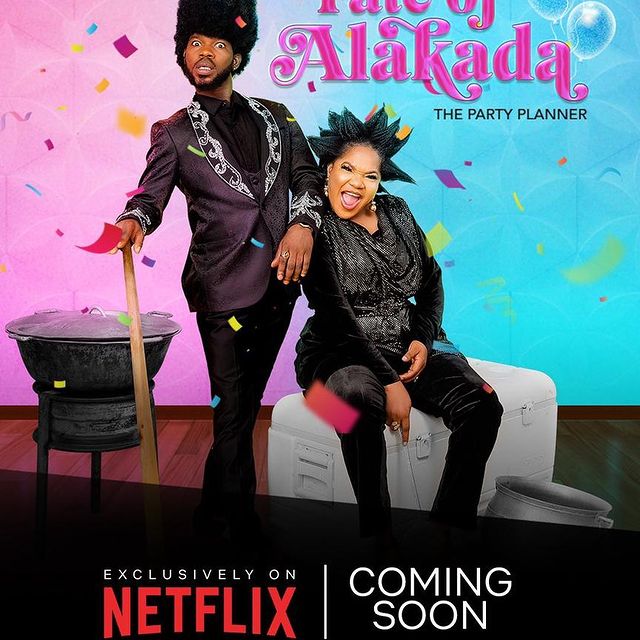 The renowned actress and movie maker said she was so excited about the new development.

She took to her Instagram page @toyin_abraham to announce the news to her fans and loved ones, urging them to subscribe and renew their Netflix subscriptions.

“Hello fam! I’m so happy to let you know that Netflix has got my movie, Fate of Alakada.

“So, to all my abroad fans and those who missed the chance to see it at the cinemas, please go and subscribe/renew your Netflix subscriptions now because Fate of Alakada is coming to Netflix soonest.

” Tell one, tell all. I love you guys so much. Thanks for always supporting me. Ẹsé mo dúpẹ́,” she said.

The comedy movie, which was directed by Kayode Kasum, had an impressive theatrical run considering the pandemic.

It is the fifth instalment in her favourite ‘Alakada’ film franchise.

Toyin Abraham’s fans have taken to her Instagram page to celebrate with the actress.

Toyin Abraham has starred in a number of films in Nigeria and her prowess on the screen is nothing short of amazing.

She began acting in 2003, when Bukky Wright, a Nigerian film actress, visited Ibadan to shoot a movie.

She has produced, directed and featured in several Nigerian films, such as ‘Alani Baba Labake’ ‘Ebimi ni’ ‘The Millions’, ‘Kasanova’ ‘Bling Lagosians’ ‘Nimbe’ ‘The Ghost and the Tout’ ‘Seven and Half Dates’ among others.

She has received many awards and nomination in her years of acting.