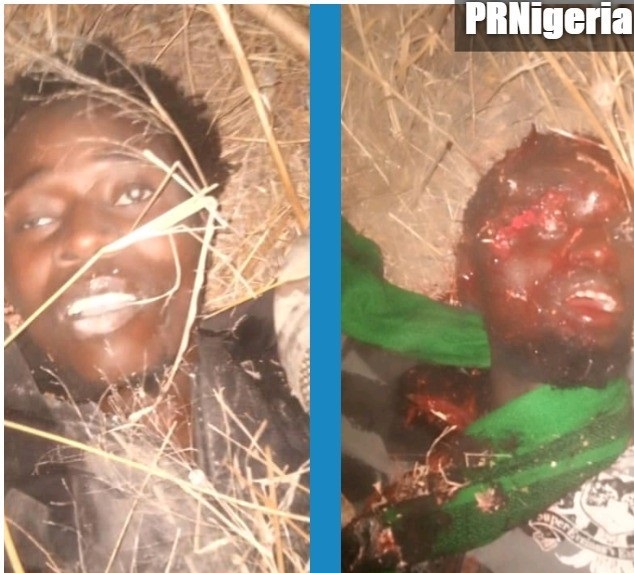 The remains of two Boko Haram Commanders killed at Pulka

According to the website, the two commanders of the insurgent group, their bodyguards and fighters, were killed on Friday by troops in an ambush at crossing point between Vuria and Guja settlements around Pulka axis of the state.

Abul-Bas and Ibn Habib were among the top Commanders of the Shekau faction of Boko Haram, operating in Sambisa forest and its environs.

They have been on intelligence agencies’ watch-list for some time before they were eventually killed in continuation of the renewed, and highly-intensified offensive operations by troops of Operation Tura Takai Bango, targeted at ending the activities of terrorists in the North East.

“Psychologically, the death of Abul-Bas and Ibn Habib has inflicted a big and unprecedented blow on the operations of the terrorists, while the achievements in its entirety has further boosted the overall fighting spirit and morale of troops in the ongoing operation Tura Takai Bango,” the military officer told PRNigeria in a phone interview.

He said they were eliminated by the troops of Sector 1 area of operation.

“The team comprises of a compact ambush team from 121 Battalion and elements of 151 Battalion known as the “Gaddafi Squad”,” he added.

General Officer Commanding (GOC) of 7 Division, Maj. Gen. Abdul Khalifa, while addressing Army Commanders in the Theatre on behalf of the Chief of Army Staff (COAS), Maj. Gen. Ibrahim Attahiru, charged them to intensify their aggressive clearance operation, so as to clear Sambisa forest and its environs of remnants of the terrorists and their collaborators.