Valentine in the Age of ‘Digisexuals’ 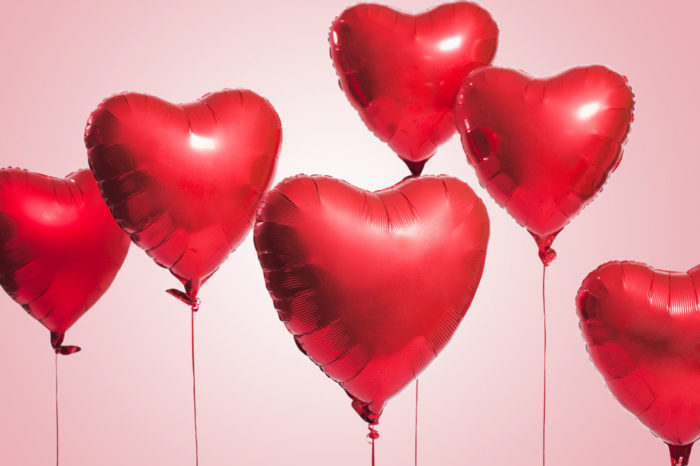 ‘A machine is certainly incapable of compassion without which life is misery. Robots imply the freezing of human labour in the production process. “Digisexuals” will also mean filling homes with zombies and draining the community of humanity. The more romance gets automated, the lonelier life then becomes.’

The joke, as originally told by Segun Adeniyi, was explicit, if not apocryphal. A in-laws summit had to be convened at the height of a cold war between a new couple.

After the husband was acquitted on the basis of an oral submission, it was the wife’s turn to be cross-examined. At the end of what turned out a tortuous probing, the truth finally emerged: She was simply no longer able to cope with her man’s libidinous fire-power almost round the clock.

Exchanging knowing glances at this juncture, the more experienced in-laws put it all down to the usual youthful adrenaline. The wife was then persuaded to take it as a demonstration of the intensity of her husband’s faithfulness.

Going forward, a new conjugal time-table was mutually agreed, phasing out coital activities on a sustainable basis, even while making generous allowance for the husband’s prodigious energy.

The new template however collapsed, even before it started, the next day. By afternoon, the prolific Romeo had already exhausted the agreed daily ration. The long-suffering Juliet’s eruption could therefore only be imagined when the husband later tapped her for more at bed-time.

Reminded of the day’s agreed quota, he had a ready solution: “Then, let me borrow from tomorrow’s”.

Well, if we plumb deeper, we will find a parallel between the referenced tale and the latest craze in town: hyper-realistic sex robots enabled by artificial intelligence.

By pushing the limits of human endurance, mankind would also seem to be drawing dangerously from tomorrow already. Welcome to the age of mechanised or automated sex – a chilling fulfillment of the 2006 prophesy by Henrik Christensen, the chairman of the European Robotics Network at the Royal Institute of Technology, University of Stockholm, of man/machine intimacy.

By the way, such carnal mindset could also be adduced for the corruption of the idea of Valentine from the pristine chastity it denoted in the beginning, to the hedonism it connotes today.

Today, we hardly view Valentine anymore in its original sacrificial lights, but now more as an invitation to debauchery – the feast of conquest and forbidden seduction.

The original Valentine was a Roman priest who, in the throes of war, defied the emperor’s decree to perform the sacrament of marriage for young men that the king thought were better engaged at the battlefield at that material time.

Valentine’s defiance was out of a deep conviction that marriage was consistent with Biblical injunctions. His beheading was ordered by Emperor Claudius II.

Two centuries later, in appreciation of his martyrdom, Pope Gelasius I declared February 14 as St. Valentine’s Day. Romanticisation of the day started many generations later by great writers like Geoffrey Chaucer and Shakespeare in their works.

Today, we hardly view Valentine anymore in its original sacrificial lights, but now more as an invitation to debauchery – the feast of conquest and forbidden seduction.

Now, rising from a conference at the University of London recently, researchers predicted that within the next few years, robots will be our sexual partners of choice.

The manufacturer- Sinthetics – had unveiled the female doll named Roxy in 2010.

Already, Barcelona has beaten the rest of the world to it by welcoming the adventurous to a brothel sizzling with sex dolls squeakily scoured with special antibacterial soaps before and after each service.

Elsewhere in China, Touch, a sex toy maker, has developed an App called “Shared Girlfriend” that enables customers to customise the dolls they want before renting them for a few nights, with the suggestive payoff: “With one touch of a key, you are no longer single!”

The rise of sex dolls has led to another provocative proposition by David Levy, an artificial-intelligence expert, that by 2050, robots “will have the capacity to fall in love with humans and to make themselves romantically attractive and sexually desirable to humans.”

Levy’s prophesy may, in fact, have come to pass rather prematurely. In Botswana recently, Paellas Mohule, a wealthy car dealer reportedly divorced the mother of his four children to be left alone with a sex doll he imported from the United States.

Claiming to be sick and tired of women jostling after his money and giving him diseases on top, he said his wife is no match to his import from US in “the other room”. As penance, he offered to support his ex-wife and kids financially if they let him be.

Taken together, the idea of sex dolls or “digisexuals” could only have been inspired by man’s instinctive greed, the dark quest to rig perfection against the law of nature, drained completely of humanity in an increasingly materialistic world. Also, some women now hunger for cosmetic surgery to make up for perceived physiognomical inadequacies.

Of course, with the rise of “digisexuals”, long-held epistemological principles are inevitably being challenged with dire implications for existing psycho-sexual norms, potentially signaling the redefinition – if not the end – of humanity.

With “digisexuals”, Segun Adeniyi’s hyperactive Romeo hardly needs to waste time negotiating with the hostile spouse anymore. When Levy’s species enter the mix, the human equation will only get more complicated.

The concept of polygamy and polyandry may also have to be redefined. Future couples may no longer have a choice than happily accept “digisexuals” as the “shadow hubby or wife” under the same roof.

Of course, a machine will go farther, but with no soul, shorn of emotion; its touch is cold, kiss tasteless.

There precisely lies the real danger. Addiction to such devices would breed maladjustment from unrealistic expectations in real-life situations. When machines take the place of a lover, what happens to the divine protocol for procreation? Can the machine-lover comfort the broken-hearted? Can it shed tears of joy or pain? What hope remains for the perpetuation of mankind till the expected Judgment Day?

A machine is certainly incapable of compassion without which life is misery. Robots imply the freezing of human labour in the production process. “Digisexuals” will also mean filling homes with zombies and draining the community of humanity. The more romance gets automated, the lonelier life then becomes. It is impossible to be in love with a machine and still have space left to form normal relationship with other humans.

Could this be the apocalypse foreseen by Mahatma Gandhi when he warned against the advance of science without humanity?

-Louis Odion is a Fellow of the Nigerian Guild of Editors (FNGE).