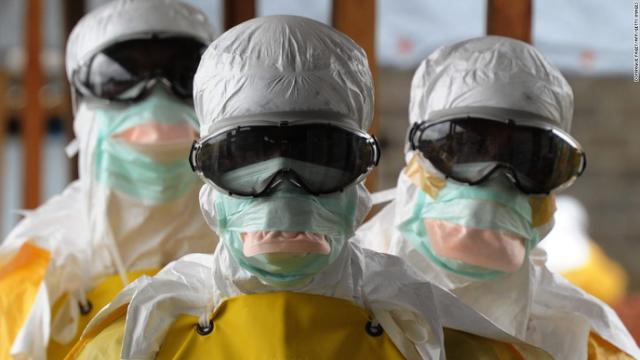 Nigeria Centre for Disease Control(NCDC) said it is evaluating the risk to Nigeria of the new Ebola outbreak in Guinea.

In a tweet on Sunday, the NCDC said it has been in touch with the World Health Organisation and the Africa CDC over the development.

It also said it is in touch with the West African Health Organisation, the ECOWAS Specialized Institution responsible for health issues.

“NCDC is aware of confirmed #Ebola cases in Guinea and is assessing the risk to Nigeria.A public health advisory will be issued soon”, it said.

The epidemic was declared as tests came back positive for the virus after at least three people died and four fell ill in the southeast part of the country.

It was the first resurgence of the disease in the country since the world’s worst outbreak in 2013-2016.

The seven patients fell ill with diarrhoea, vomiting and bleeding after attending a burial in Goueke sub-prefecture.

Those still alive have been isolated in treatment centres, the health ministry said.

It was not clear if the nurse buried on Feb. 1 had also died of Ebola.

She was said to have died from an unspecified illness after being transferred for treatment to Nzerekore, a city near the border with Liberia and Ivory Coast.

“Faced with this situation and in accordance with international health regulations, the Guinean government declares an Ebola epidemic,” the ministry said in a statement.

The 2013-2016 outbreak of Ebola in West Africa started in Nzerekore, whose proximity to busy borders hampered efforts to contain the virus.

It went on to kill at least 11,300 people with the vast majority of cases in Guinea, Liberia and Sierra Leone.

The virus was introduced into Nigeria on 20 July 2014 when an infected Liberian man arrived by aeroplane into Lagos.

The man, who died in hospital 5 days later, set off a chain of transmission that infected a total of 19 people.