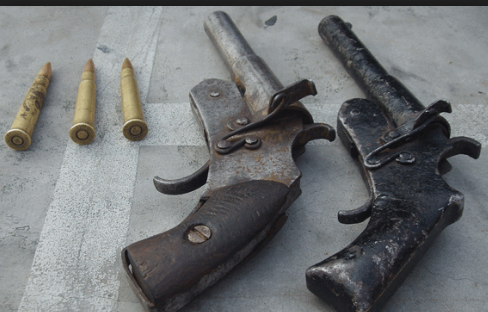 Pandemonium rocked Ayen, a small community in Uhunmwode local government area of Edo state, last weekend, when a locally-made gun carried by a 17-year-old boy accidentally exploded, and its bullet chopped off his testicle.

The boy simply identified as Osaro, allegedly hid the gun in one of the pockets of his trousers, before it went off as he was walking.

The bullet was said to have ripped off his testicles and he died before help could come his way.

Eyewitnesses said no one knew how the gun fired because the victim was alone when the incident happened.

The development caused confusion in the community.

It was gathered that youths in the community freely carry arms around, following reported clashes between Ayen and the neighbouring Owegie community over land dispute.

The town hall of Owegie community was thereafter allegedly set on fire by suspected gunmen.

When contacted, the Edo state spokesman, SP Chidi Nwanbuzor, said he was not aware of the incident.