Why kidnapping is difficult to tackle - Gov. Masari 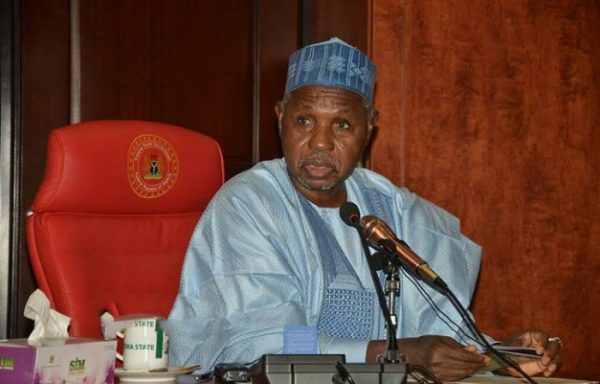 Governor Aminu Masari of Kastina State has said kidnapping, especially by bandits is becoming more difficult to curb because it has become a booming business in the country.

Masari noted that bandits who, hitherto, engaged in cattle rustling graduated to kidnapping on realising that they could make thousands or millions of naira as ransoms.

The governor spoke at the weekend just as the Bauchi State wing of the Miyetti Allah Cattle Breeders Association of Nigeria (MACBAN) lend their voice to the call last week by Governor Bala Mohammed for herdsmen and other Nigerians to be allowed to carry firearms.

Masari, at a two-day security awareness seminar for Jumma’at Mosque Imams and other Islamic religious leaders in the state, condemned the rising insecurity in the country, especially the Northwest.

He told the participants of the seminar titled ’’Combating insecurity through da’awa,’ that kidnapping and killing of innocent people needed to be tackled through community-driven arrangement.

Masari also charged the clerics to spearhead communal participation in security arrangements within their localities rather than wait for security operatives whose number is inadequate to protect a state with over seven million people.

His words: ’’Nigeria being the richest among countries in the Sahel region has suddenly drawn the attention of those engaged in kidnapping business and selling of guns and so on, because here, they can kidnap somebody and get N10,000, N50,000, N100,000 and millions more.

“There is no doubt that this country is facing divergent security challenges, although the problem of Boko Haram has reduced but banditry and kidnapping is still with us.

“The bandits started with rustling of cows later killings, kidnapping, raping of women and girls, burning of villages and food stuffs belonging to residents of the state.

“We must go back to our tested traditional and religious method of enforcing security. The situation degenerated because of the failure of the religious leaders to play their assigned roles of enforcing discipline and good conduct amongst members.’’