Zimbabwe gets first batch of COVID-19 vaccine from China 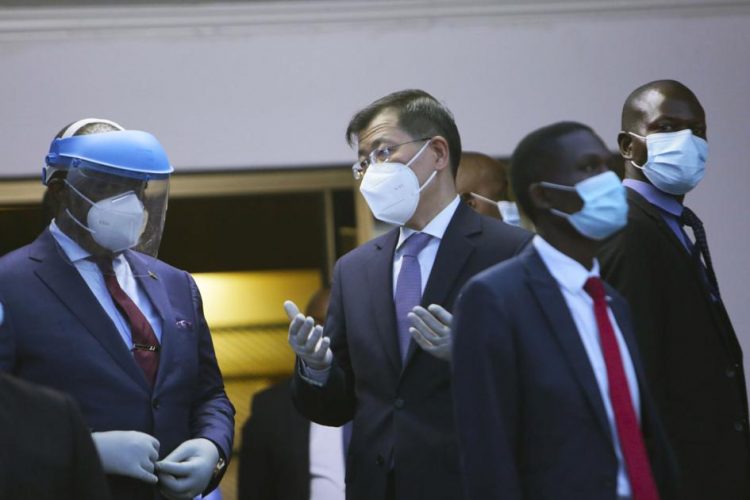 Zimbabwe has received its first batch of COVID-19 vaccine from China. The vaccines landed at Robert Mugabe International Airport on Monday.

The 200,000 doses of Sinopharm vaccines were received by the country’s Vice President, Constantino Chiwenga, who also doubles as the health minister and Chinese Ambassador to Zimbabwe Guo Shaochun.

The first batch of the vaccine would be used on frontline health workers firstly and excesses would be extended to vulnerable class in the society such as the elderly and those with underlying medical conditions according to the country’s vaccine deployment strategy.

Ahead of the vaccine’s arrival Zimbabwe President, Emmerson Mnangagwa had expressed gratitude to China for offering the country the vaccine. Mnangagwa said the donation is a testament to the long-standing friendship between the peoples of Zimbabwe and China.

Similarly, the country’s vice president upon receiving the vaccine at the airport expressed gratitude noting that the batch of vaccines is a timely donation. He said that Zimbabweans are suffering from the pandemic.

“We receive this vaccine as it gives hope to the nation that finally we may be on the verge of returning to some semblance of normalcy. That’s what we are aiming to achieve.

Chinese ambassador to Zimbabwe, who received the vaccine alongside the Vice President said that the donation represents the essence of the comprehensive strategic partnership of cooperation and the profound friendship between China and Zimbabwe.

“The vaccines arriving today are China’s first major assistance program in Zimbabwe in the Chinese New Year, which began three days ago,” Guo said.”I am confident this donation will reinforce your position in the fight. Let’s continue to march hand in hand and make the new year more fruitful for our bilateral relations,” Guo said further.

Zimbabwe is among the first three African countries to receive the COVID-19 vaccines from China. Equatorial Guinea has received its first batch of Sinophram as Sierra Leone is scheduled to get later in February.