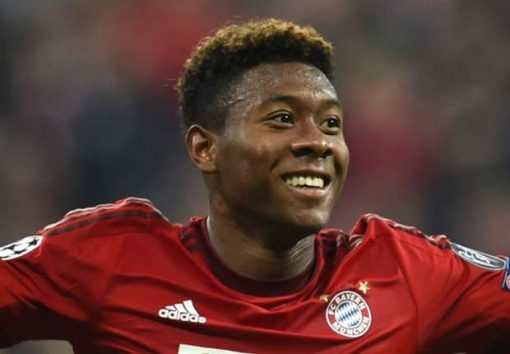 Bayern Munich FC defender, David Alaba has decided to leave the German club after a decade when his contract expires after the season, the player told a news conference on Tuesday.

“I have made the decision to leave Bayern at the end of this season and try something new,’’ Alaba said.

“It obviously wasn’t an easy decision – I’ve been here for 13 years and the club means a lot to me,” he added.

Austrian Alaba is yet to choose a new club, with Spanish champions Real Madrid reportedly the top contender.

In spite of talks for a contract extension, he and Bayern didn’t reach an agreement, with Bayern withdrawing their last offer.

Alaba thanked “everyone, absolutely everyone” who fought for him to stay at the club.

“I’m really thankful for that and that’s why it made this such a hard decision. I can call Bayern my family,” he said.

The defender joined Bayern under-19 team in 2008 from Austria Vienna and made his professional debut for the Bavarians in 2010.

He went on loan at Hoffenheim and returning to Munich to become a regular starter.

Alaba was part of both treble seasons in 2012-2013 and 2019-2020, winning nine Bundesliga titles, six German Cup titles, and the Champions League and Club World Cup twice.

Bayern can also see centre back Jerome Boateng leaving at the end of the season. With his contract expiring in June 2021, club and player haven’t agreed on an extension.

The Bundesliga record champions confirmed on Sunday they met the 42.5 million euro (51.5 million dollars) release clause and that Upamecano has a contract until 2026.