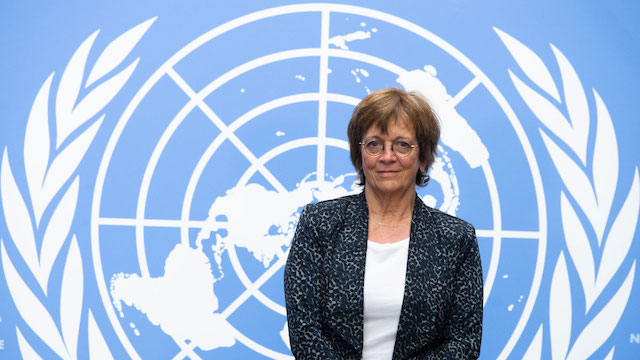 The appointment takes effect from today.

Durant had served as the organization’s deputy secretary-general from 3 July 2017.

Guterres said he appointed Ms. Durant to the role to ensure a smooth transition as he consults with member states, to find a successor to previous UNCTAD chief Mukhisa Kituyi.

“I’m deeply honoured to lead UNCTAD at this critical time as countries all over the world battle a deadly pandemic and the worst economic crisis in nearly a century,” Ms. Durant said.

“I’m committed to working with all stakeholders to ensure the people we serve are supported during this crisis and feel us by their side on the path to recovery,” she said.

“I’ll work closely with UNCTAD’s 195 member states to prepare the organization for a meaningful 15th quadrennial conference in Barbados in October, for a more resilient and inclusive world of shared prosperity.”

Since she joined UNCTAD, Ms. Durant has relentlessly contributed to making international trade more inclusive and greener. She has also been an advocate for gender equality.

Ms. Durant has been heavily involved in the socio-economic response of the UN to the coronavirus crisis and has led the work of UNCTAD in this area.

This covered a broad range of interrelated issues including finance, technology, investment and sustainable development.

She is well known for her acute skills in empowering people, addressing vulnerabilities at local and national levels and supporting governments towards good governance and sustainable policies.

Ms. Durant also served as minister of transport and energy in Belgium for four years. She oversaw mobility, infrastructure, energy and sustainable development policies between 1999 and 2003.

As vice president of the European parliament for the period 2009 to 2014, Ms. Durant chaired different permanent delegations, such as that of EU-African, Caribbean and Pacific countries following the Cotonou Agreement and other economic partnership agreements.

As a Belgian senator from 2003 to 2009, Ms. Durant served on the committees for foreign affairs and social affairs and participated in many election observation missions, including to the Democratic Republic of the Congo, Egypt and Tunisia.

She also served as a senior expert on local governance in Algeria in 2015 and 2016. In addition, she participated in or headed EU parliamentarian delegations to Iran, Myanmar and Haiti.

Immediately prior to becoming deputy head of UNCTAD, Ms. Durant was a member of the parliament of the Brussels capital region and of the Economic Affairs Committee. In the framework of a large reform of regional economic tools, she was especially involved in innovation, sharing and the circular economy.

Born in Belgium in 1954, she holds a master’s degree in economics and social policy from the country’s Universite Catholique de Louvain.