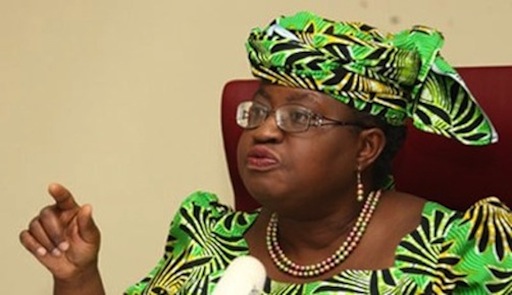 Omo-Ikirodah who stated this in a congratulatory statement on Tuesday in Benin, added that her diplomacy is needed to arbitrate disputes between trade member nations.

He described the emergence of Nigeria’s Dr Ngozi Okonjo-Iweala, as Director-General of the World Trade Organization (WTO), as coming at a very difficult time when the world’s economy is in tartars.

However, he expressed confidence in Okonjo-Iweala’s ability to steer the ship of WTO to safety, adding that she will bring her wealth of diplomatic experience in handling disputes among member nations.

He noted that the former finance minister will

According to him, “Nigerians have full confidence in her appointment.

“The appointment is coming at a very difficult time due to the unfortunate Coronavirus (Covid-19) global pandemic, that has ravaged the world economy.

“Her appointment never took Nigerians by surprise as we have witnessed the trajectory of her global achievements which was well earned through hard work, patriotism, commitment, transparency, discipline, and integrity.

“Nigerians are confident that our own Dr Okonjo-Iweala would be an unbiased umpire in mediating in the United States, China Trade War, her diplomacy is needed to arbitrate disputes between trade member nations.

“As a disciplined two-time finance minister who spearheaded Nigeria’s famous debt relief, we are convinced that she would encourage the voice of Africa in global trade.

“There is a lot of work to do and she needs to start working from day one, indeed we never wished for a better personality than Dr Okonjo Iweala,” he said.

Okonjo-Iweala, an economist and international development expert with over 30 years of experience, was on Monday officially confirmed as the Director-General of the WTO, making history as the first female as well as first African to occupy the exalted position.