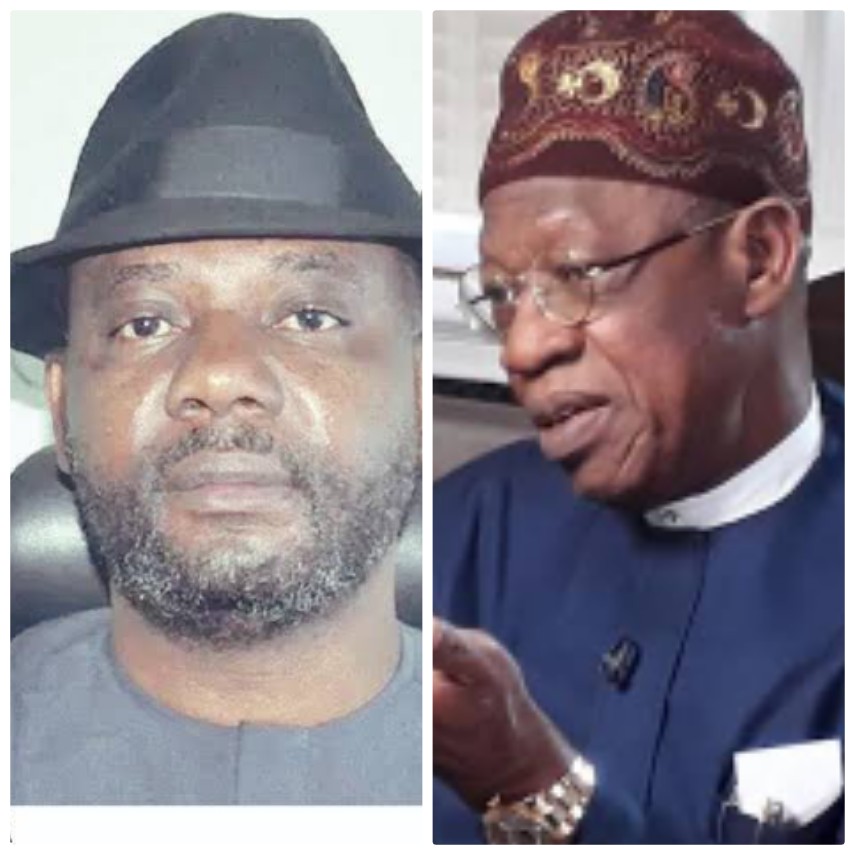 Alhaji Lai Mohammed, Hon. Minister of Information and Culture, has labeled Yekini Nabena an impostor and a pretender.

Lai Mohammed stated this on Tuesday while reacting to the statement credited to Nabena, who described himself as the Deputy National Publicity Secretary of the All Progressives Congress (APC).

Nabena had berated Lai Mohammed over his demand for the cancellation of the ongoing membership registration and validation exercise in Kwara State.

Nabena advised the minister to put himself in the position of Governor AbdulRasaq and submit to his leadership of the party in Kwara.

Reacting to the statement made by Nabena, Lai Mohammed said: “My attention has been drawn to the statement credited to one Yekini Nabena, who was described as the Deputy National Publicity Secretary of the All Progressives Congress (APC), on the ongoing APC Membership Registration in Kwara State.

“The said Nabena must have been speaking for himself, as the APC National Caretaker Committee, as presently constituted, has no position like that of Deputy National Publicity Secretary.

“As part of the resolutions from its last meeting in Abuja on Dec. 8th 2020, the APC NEC approved the immediate dissolution of the party organs at the polling units, wards, local government, states and zonal levels as well as the non-National Working Committee component of the NEC, and the immediate reconstitution and composition of the dissolved EXCOs to serve in their respective offices in a caretaker committee capacity, but excluding the non-NWC members of NEC.

“As things stand, therefore, anyone claiming to be the Deputy National Publicity Secretary of the APC is an impostor, hence I will not dignify such a pretender with a response.”

Lai Mohammed had at a press conference on Monday in his hometown, Oro, said the committee supervising the exercise in the state should also be disbanded.

He accused the committee led by a senator, John Danboi, of condoning irregularities, saying it has taken the side of Governor AbdulRazaq in the crisis that has broken the party into four factions in the state.

The factions, which Mr. Mohammed referred to as “four tendencies” are the Fagbemi group, named after Mr AbdulRazaq’s Chief of Staff, Adeniran Fagbemi; Lai Mohammed group; Akogun group, led by a former Chief Whip of the State House of Assembly, Iyiola Oyedepo; and Gbemi Saraki group headed by the Minister of State for Transportation.

“After the botched attempt to have a meeting of stakeholders, due to orchestrated violence, the Registration Officials failed to consult with all stakeholders before the commencement of the membership registration exercise, opting instead to work with only one of the four tendencies here in Kwara, the Fagbemi Group to which the Governor belongs, thus excluding the three other tendencies – The Akogun Group, the Gbemi Saraki Group and the Lai Mohammed Group, without which the ‘O To Ge’ Movement would not have succeeded. Ironically, the Fagbemi Group is the weakest of the four tendencies,” he had said.

Mr Mohammed had also stated that the reports from the monitoring teams showed that the commitee did not comply with the rules.

According to him, the implication is that “the registration is being carried out without Party Membership Register, while temporary membership slips, to be signed and detached from the forms after registration, are not being given to those who have purportedly registered.