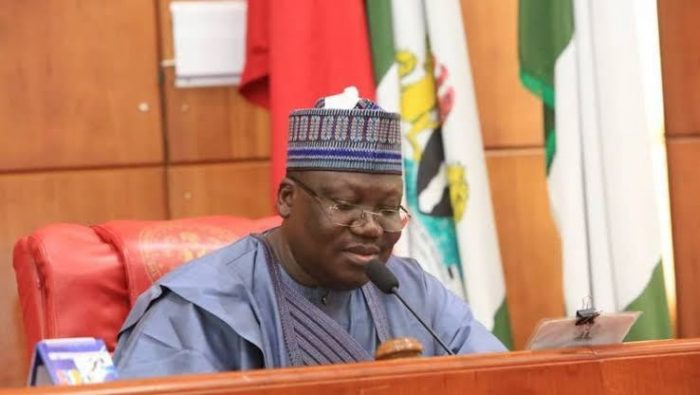 President of the Senate, Ahmad Lawan, on Tuesday, said that the National Assembly enjoys the confidence of Nigerians given the growing number of petitions brought before it, and received in the Ninth Assembly.

Lawan made this known during the commencement of plenary following the receipt of several petitions from Nigerians on various matters seeking the intervention of the Legislature.

According to the Senate President, the National Assembly’s legislative interventions as manifest in its quasi-judicial function is fast becoming the hope of the common Nigerian in the quest to seek Justice.

He, therefore, commended the Senator Ayo Akinyelure-led Committee on Ethics, Privileges and Public Petitions for the prompt dispatch and urgency deployed in dispensing all matters referred to it by the Chamber.

“The National Assembly enjoys the confidence of Nigerians. I can say without any fear of contradiction, that this quasi-Judicial function that the National Assembly is performing, is becoming unarguably one of the function of the Legislature in addition to representation, legislation, and of course, oversight.

“So, I want to congratulate our Committee on Ethics, Privileges and Public Petitions for working so hard and getting results, because each day we receive petitions here, and that is because we have been able to resolve so many very knotty issues to the satisfaction of both those who have received the resolutions or decisions on their way, and even those who have not,” the Senate President said.