Matawalle meets Buhari, defends bandits, says not all of them are criminals 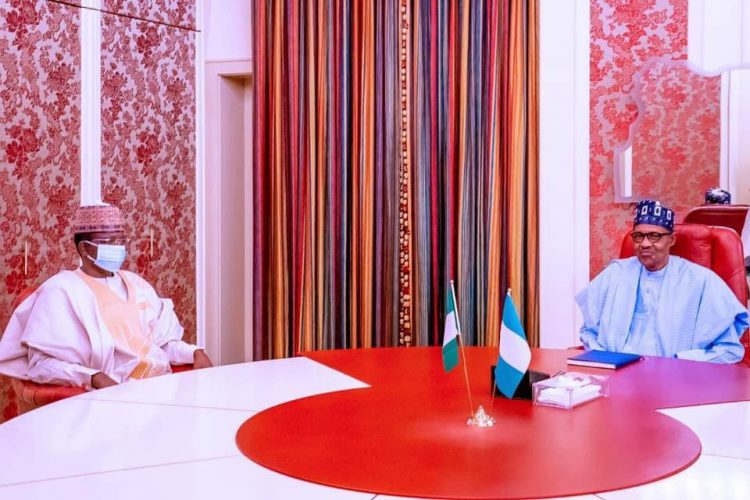 Zamfara State governor, Bello Matawalle, has come in defence of bandits, saying that not all of them are criminals.

He explains that they are monsters born out of injustice they experienced in the society at one point or another.

Matawalle said this on Thursday while speaking to journalists after meeting with President Muhammadu Buhari at the Presidential Villa, Abuja. He said that the bandits take up arms due to the injustice meted on them by some members of the society.

The Zamfara governor said that authorities in charge of protecting the community sometimes rustle their cattle and destroy the livelihood of these bandits. As a result, Matawalle said when they have nobody to talk to, they resort to violence.

“Not all of them are criminals. If you investigate what is happening, and what made them to take the laws into their hands, some of them, sometimes were cheated by so-called the vigilante group.

“They normally go to their settlements and destroy property and take their animals. They did not have anyone to speak with, so sometimes, they go for revenge. When the vigilante group attacks them, they go for reprisals. That is exactly what happened,” the governor said.

Matawalle who has been granting amnesty to repentant bandits also urged other northern governors to follow his footstep in tackling banditry in the region.