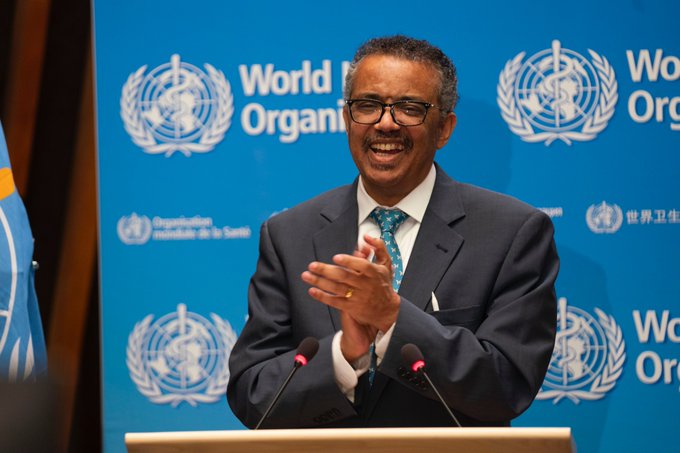 The World Health Organisation said the number of new COVID-19 cases fell by 16% across the world last week, with infection rates now at their lowest level since mid-October.

The data is accurate up to last Sunday.

WHO director general, Dr Tedros Adhanom Ghebreyesus said the number of new cases had declined for a fifth consecutive week, dropping by almost half, from more than five million cases in the week of January 4.

‘This shows that simple public health measures work, even in the presence of variants,’ he said.

Five of the six WHO regions of the world reported a double-digit percentage decline in new cases.

Only the Eastern Mediterranean showed a rise – up 7%.

The falls in deaths and cases coincide with reports that rich nations are stockpiling over a billion more doses of vaccines, than they need.

This will leave poorer nations scrambling for leftover supplies.

In an analysis of current supply deals for COVID-19 vaccines, the anti-poverty camapaigner, ONE Campaign said wealthy countries, such as the United States and Britain, should share the excess doses to “supercharge” a fully global response to the pandemic.

The advocacy group, which campaigns against poverty and preventable diseases, said a failure to do so would deny billions of people essential protection from the COVID-19-causing virus and likely prolong the pandemic.

It found that to date, the United States, the European Union, Britain, Australia, Canada and Japan have already secured more than 3 billion doses – over a billion more than the 2.06 billion needed to give their entire populations two doses.

“This huge excess is the embodiment of vaccine nationalism,” said Jenny Ottenhoff, ONE Campaign’s senior director for policy.

“Rich countries understandably hedged their bets on vaccines early in the pandemic but with these bets paying off in spades, a massive course correction is needed if we are going to protect billions of people around the world,” she added.

The analysis found that, along with other COVID vaccine supplies procured by the global COVAX vaccine-sharing plan and in bilateral deals, the excess rich-country doses would go a long way to protecting vulnerable people in poorer countries.

This would significantly reduce the risk of deaths from COVID-19, it said, as well as limiting the chances of new virus variants emerging and accelerating an end to the pandemic.

The World Health Organization on Thursday urged nations with vaccines not to share them unilaterally, but to donate them to the global COVAX scheme to ensure fairness