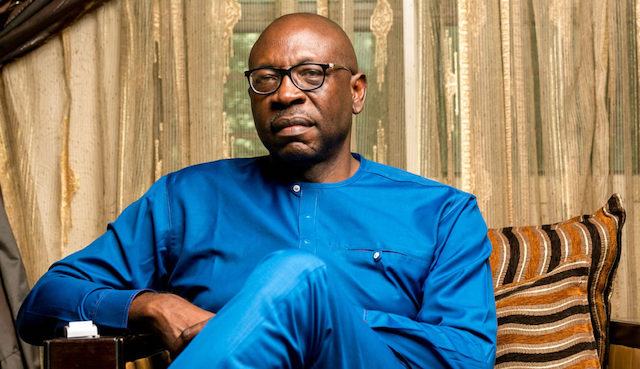 By Jethro Ibileke/Benin
An Edo State High Court siting in Benin City, on Thursday ordered that the file for a case of alleged defamation, instituted by a former gubernatorial candidate of the All Progressives Congress (APC), in the state, Pastor Osagie Ize-Iyamu, against a member of the Peoples Democratic Party (PDP), Rita Ebiuwa, be quarantined for 14 days.
The Judge said the order was in line with Covid-19 procedure, before the case could be heard.
The presiding Judge, Justice J. l. Acha, noted that the case was formerly filed on 16 February, 2021, by Counsel to the Clamant, Mathar Mago.
He therefore ordered that the case file be quarantined for fourteen days before it can be heard.
In suit No B/488/2020 between Pastor Ize-Iyamu and Rita Ebiuwa, the claimant, among others, is demanding for N500m as damages over alleged libelous publication against his person said to have been published on 19/7/ 2020 by the defendant on Facebook and other social media.
The claimant also want a declaration by the court that the statement published on social media platforms especially Facebook and syndicated amongst other groups was malicious, defamatory and bringing him to hatred, ridicule and public odium.
He equally sought an order of the court directing the defendant to publish an approved former letter of apology and a retraction of the purported libelous publications in no fewer than seven national dailies.
However, Counsel to the defendant, Martin Omo Ighekpe, in his earlier response, said the alleged libelous claims against his client by Ize-lyamu were misleading, malicious and gold digging.
He added that his client was never the author of the said publication as same was circulated globally on Facebook.
The court thereafter adjourned hearing into the case till April 1st, 2021.
Tags:   Edo State High Court   Libel Case   Mr Osagie Ize-Iyamu