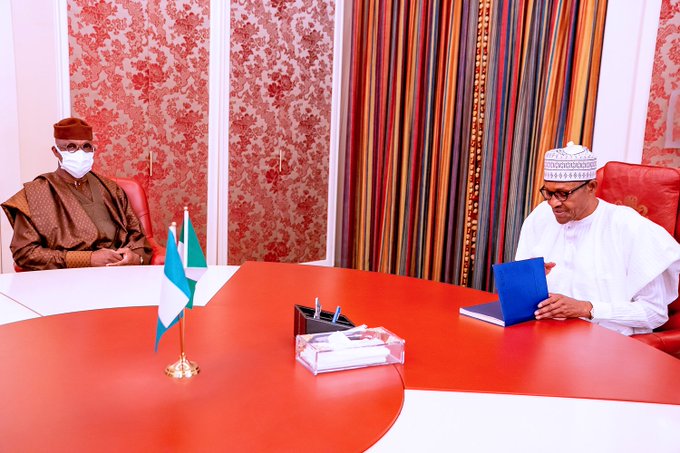 There was no statement from the Presidency’s media team to explain the purpose of the meeting.

However, Governor Abiodun said he was in the State House to present the Report on Farmer-Herder Crisis in Ogun State to the president.

President Buhari has on several meetings with Governors, other government officials and monarchs from the southwest in the State House, in order to curb criminality and insecurity in the country especially the Fulani herdsmen crisis in the southwest.

The Chief of Staff to the President, Professor Ibrahim Gambari, was also in attendance.