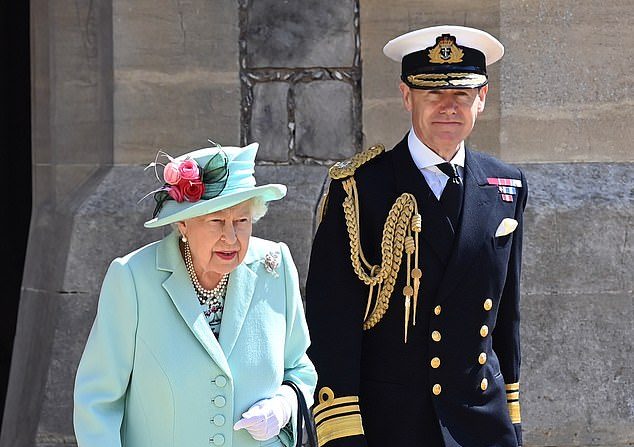 The British Queen has carried out her first official in-person event of the year, to bestow an honour on one of her most senior aides.

The recipient of the honour was Vice-Admiral Sir Tony Johnstone-Burt, who is Master of the Household.

According to a report, he is now a Knight Commander of the Royal Victorian Order.

As Master of the Household, Johnstone-Burt runs a department responsible for everything involved in official and private entertaining across all the royal residences.

He was awarded the honour on Thursday afternoon during a private socially distanced ceremony at Windsor Castle where the Queen has been spending the lockdown.

The order was started by Queen Victoria in 1896 so she could reward people who had helped her.

During the reign of Edward VIII, in 1936, the order was amended to admit women. The highest class of the order is to be a Knight or Dame Grand Cross, which is what Kate Middleton has.

Other classes include Knight or Dame Commander, Commander, Lieutenant, and Member.