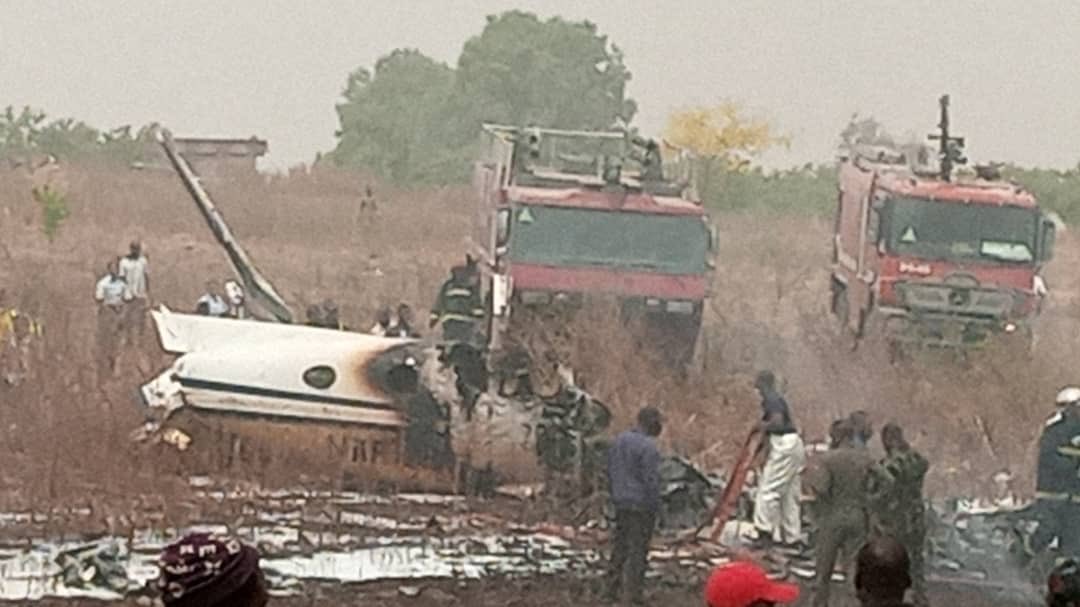 Firefighters battling to put out fire from the plane crash

The pilot was identified by a Twitter user Emmanuel Macden, who stated that Gazman was his friend.

“My friend was the pilot of that flight, rest well Haruna Gazman,” he stated. 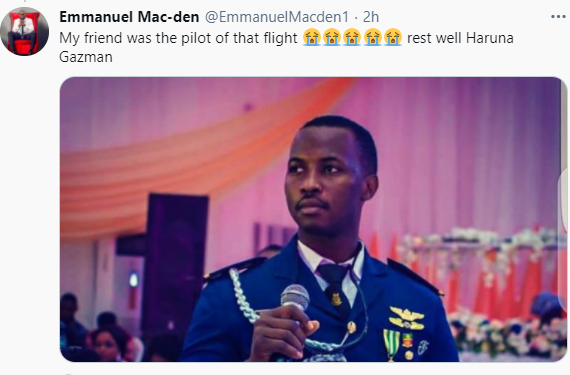 However, The Punch reported that the pilot complained of engine failure barely moments after takeoff.

A source who spoke on the strict condition of anonymity said: “The aircraft was on its way to Minna. Moments after, on getting to Bassa Local Government Area, he informed the control tower that he had experienced an engine failure.

“He was advised to return to the Abuja airport immediately but it crash-landed.”