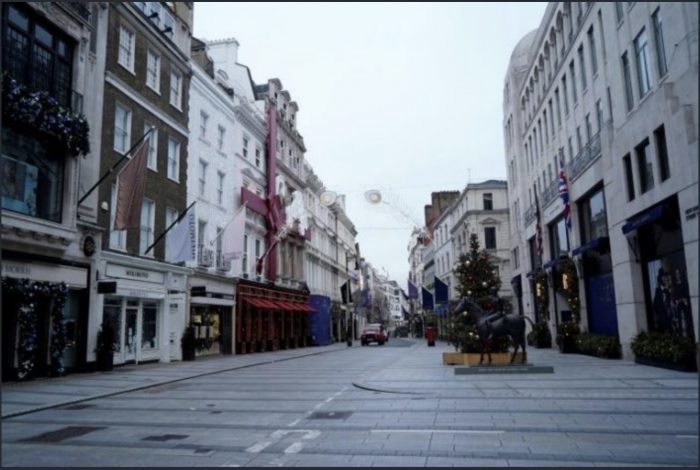 The Vatican has properties on Bond Street in London

The Vatican has revealed details of its real estate empire in Rome, Paris, London and Geneva.

In Rome alone, the church has about 3,000 properties, said Nunzio Galantino, who was brought in two years ago by Pope Francis to centralise the Vatican’s assets.

Galantino said he decided to reveal the church’s real estate because he is tired of “sensationalist” stories about the riches of the papacy.

“When people say that most real estate in Rome belongs to the Catholic Church and the Vatican, it’s simply not true,” the bishop, who heads the Administration of the Patrimony of the Apostolic See (APSA), told AFP.

Yet the extent of the properties held by the Vatican are still eye-watering, while the management of one particular London development sparked a major scandal in the heart of the Catholic Church.

The investments date back to 1929, when the Vatican City State was founded as an independent territory in a deal with Italy that included compensation for lands seized from the former Papal States.

Among the church assets taken was the huge Quirinale palace, once home to 30 popes but now the residency of the Italian president.

Then pope Pius XI decided to use the money to invest in property, including abroad, “to ensure the freedom and independence of the Church”, Galantino said.

APSA has for years managed 737 properties in the heart of Paris, around the boulevard Saint-Michel, Odeon or the Champs-Elysees, covering almost 56,000 square metres and worth an estimated 595.5 million euros ($722.1 million).

In London, it has 27 properties — among them addresses in St James’s Square, Kensington and New Bond Street, covering some 4,600 square metres and worth about 108.5 million euros ($131.4 million).

Meanwhile in Switzerland, notably in Geneva and Lausanne, the Church has 140 properties covering 16,000 square metres and worth more than 91 million euros ($110 million).

Back in Rome, the Vatican constructed entire buildings, notably on two main streets converging on St Peter’s Square, including the famous Via della Conciliazione.

Some 15 percent are let on the open market, 30 percent at subsidised rates, notably to staff and pensioners, and the rest are occupied by Vatican institutions or loaned out for free to schools or universities.

One of Galantino’s goals is to improve “the performance” of the Vatican’s property assets, noting that some apartments are empty and others dilapidated after years of use.

But he insists that far from being mercantile, the Holy See recently allotted a property for the pope’s charity work, noting that one sumptuous building on one of Rome’s most sought-after hills is used for training for the clergy.

Galantino says it is hard to put a value on the Vatican’s Italian holdings, not least because buildings such as St Peter’s Basilica are priceless, but it is likely to stretch to several billion euros just for the properties on the rental market.

In addition there are hundreds of apartments managed by a ministry overseeing the Church’s missionary activities, bringing in another three to four billion euros ($3.6-4.8 billion), according to economic daily Il Sole 24 Ore.

APSA is still drawing up an inventory of its Italian holdings, which Galantino hopes to complete by spring.

Pope Francis has also recently brought under the control of APSA the London properties acquired by the powerful Secretariat of State — the central administration of the Vatican — in circuitous deals through Italian intermediaries.

They notably include 60 Sloane Avenue, in the heart of London’s exclusive Chelsea district, bought in two stages from 2014.

An Italian financier who acted as a Vatican intermediary in the deal was arrested last year on corruption charges, although subsequently released.

The previous year, Vatican police launched an extraordinary raid on the Secretariat of State’s offices.

And last year, a senior official in charge at the time of the deal, Cardinal Angelo Becciu, was abruptly fired.

The Church was also embarrassed after the Malta-based investment fund that manages another of its London property portfolios, comprising five luxury apartments, used the proceeds to invest in a film about gay music star Elton John, “Rocketman”.

The pope has said he wants to withdraw from these investments as quickly as possible, to minimise any risk to the Church’s reputation.

Property scandals are nothing new.

Last month, the Vatican courts sentenced a former head of the Vatican Bank, the IOR, to nine years in prison for embezzlement and money laundering relating to corrupt real estate deals.