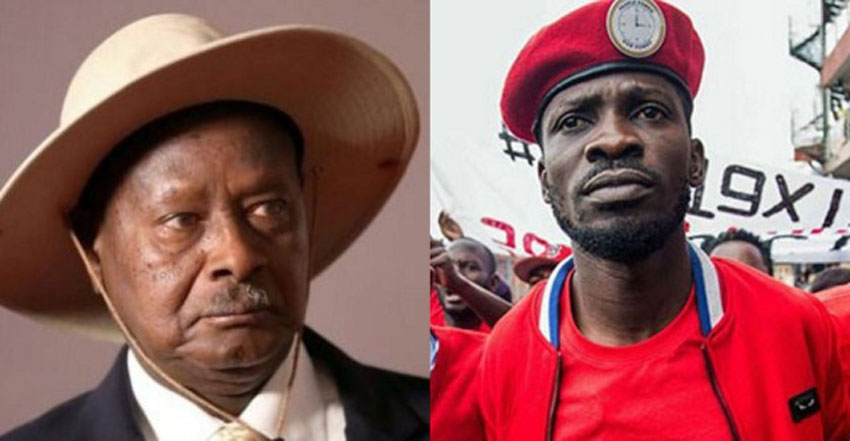 The singer-turned-politician ran against longtime incumbent Museveni in the January election.

The country’s electoral commission declared Museveni won a sixth term with over 58 per cent of the vote.

“We are withdrawing from the courts but we are not opting for violence.

“We are withdrawing the case from Mr Owiny Dollo’s court,” he said, as reported by Uganda’s Daily Monitor newspaper.

Judge Dollo and two other judges refused to recuse themselves from the case, despite calls from Bobi Wine to do so, claiming they had close ties to the president, the Monitor reported.

The ruling National Resistance Movement threatened to force Bobi Wine to pay legal expenses incurred during the short-lived court case, something his lawyer said he was willing to do, the newspaper reported.

Bobi Wine drew international attention for his unlikely bid to unseat Museveni in the January vote.

In the run-up to the election, the prominent performer was detained several times and sparked nationwide unrest that left scores dead in violence with law enforcement.

According to the electoral commission results, which he disputed, Bobi Wine secured nearly 35 per cent of the vote.