How police shot, killed my husband in my presence - Widow 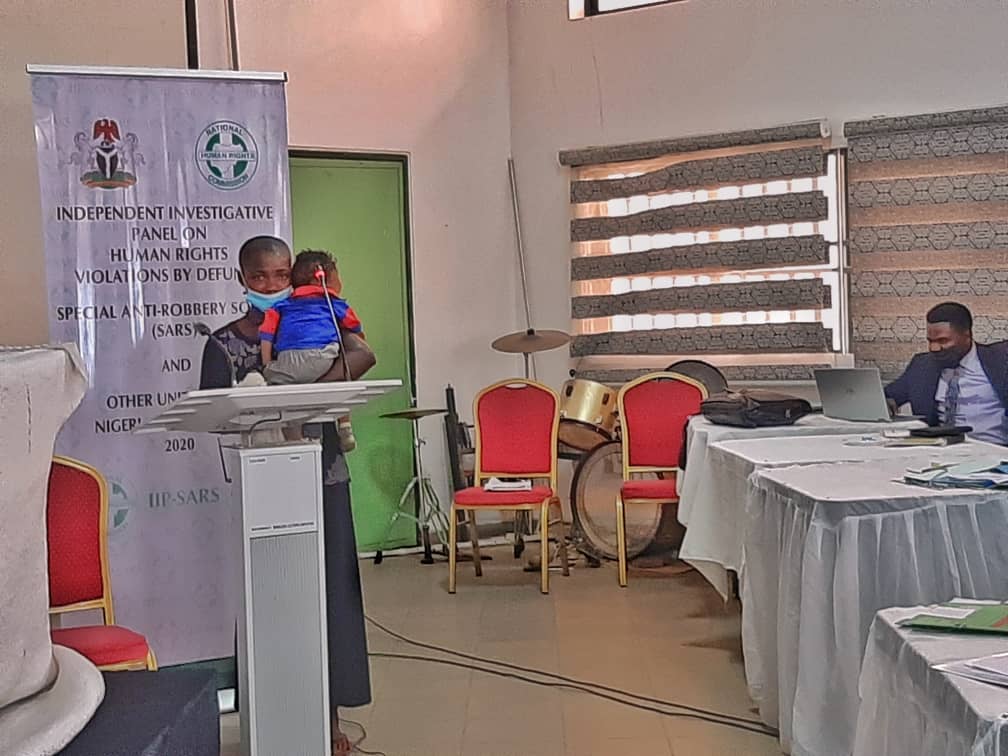 A widow, Dorothy Nnabode on Monday told the National Human Rights Commission (NHRC) panel that the police shot and killed her husband in front of her.

The NHRC independent panel is investigating alleged violations of rights by the disbanded SARS and other police units.

Nnabode made the allegations on Monday in a petition filed by Chief Peter Ikechi and other members of Odekpe community in Anambra for alleged extra-judicial killing and death in custody.

“Sometime in June, 2020, my husband, Aboy and I were eating when four men in police uniform interrupted our meal and forced their way into our house.

” They shot my husband right there and he died on the spot.

“ I was pregnant then and didn’t know what to do.

“Some villagers heard my cry and they took my husband to the mortuary,” she told the panel.

Another witness, Caroline Chukwunwike whose husband, Peter allegedly died in police custody, said the last time she saw him was eight months ago.

” The last time I saw my husband, he was heading to Awka for land settlement.

” I tried calling him later in the day, but his phone was switched off.

” Later, some of his kinsmen who went for the meeting returned but my husband had not returned.

“I asked where he was and they told me that the police took him Abuja and later I was told that he was dead.

When asked by Godwin Ijeomah, counsel for the respondents what time she was told that the husband was died, she said around June, 2020.

She added that all efforts to ascertain what happened have failed.

“The police never told me what killed my husband,” she said.

Also testifying, Henry Ukwujeda, cousin to late Peter, told the panel that the corpse of the deceased was deposited at the mortuary of the University of Abuja Teaching Hospital, Gwagwalada.

“My cousin died in police custody through the action of CSP Ochejeh.

” I was not there when he was killed but all I know is that he was in police custody and he died there,” he said.

After the testimonies, a member of the panel, Garba Tentegi SAN, who presided over in the absence of the chairman, Justice Suleiman Galadima (rtd), adjourned the matter until March 24, for defence.