My methods still second to none - Mourinho insists 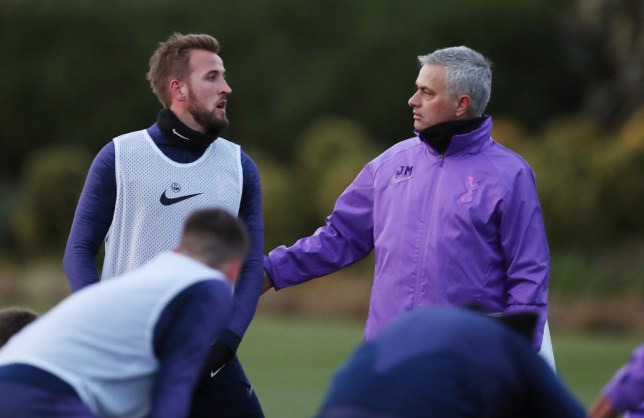 Jose Mourinho insists he is still one of the best coaches in the world despite Tottenham’s dismal run hitting a new low with a 2-1 defeat at West Ham on Sunday.

Mourinho’s side have lost five of their last six league matches and their hopes of finishing in the Premier League’s top four look over.

There is mounting speculation that Mourinho, who is on one of the worst runs of his glittering managerial career, could be in danger of the sack.

Tottenham were top of the table in mid-December, but since then they have won just three of 13 games, meaning their hopes of qualifying for the Champions League lay with winning the Europa League.

After being sacked in his second spell at Chelsea, then dismissed following a difficult stint with Manchester United, Mourinho’s critics claim he is past his best.

The two-time Champions League winner’s conservative tactics are often accused of being out-dated, but he was bullish when asked if he questioned his methods amid the poor run of form.

“Because sometimes the results are the consequence of multiple situations in football and mine and my coaching staff’s methods are second to nobody in the world.”

Tottenham’s current run of form is far worse than the results which saw Mauricio Pochettino sacked in 2019.

But Mourinho is adamant Tottenham, who are nine points adrift of West Ham in fourth, are not in crisis.

“I don’t know what you mean by crisis,” he said.

“If crisis is frustration and sadness in the dressing room, I’d say so because nobody is happy and we all showed that in this game.

“When a team fights the way the team did until the last second, trying to get a different result, it’s never a group crisis, because groups are in crisis when you’re not together in the search for better results than you have.

“So I wouldn’t say crisis, I would say a bad, a really bad run of results. That is obvious. We’re losing too many matches.”