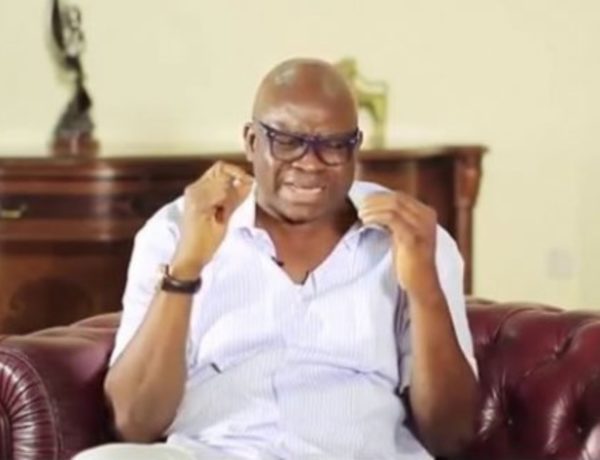 Fayose was granted permission to travel abroad by the judge, Justice Chukwjekwu Aneke of the Federal High Court on Monday.

The former Governor had appeared in court to seek permission to travel abroad and he was granted.

In the charges, filed against the former Governor of Ekiti State, by the anti graft agency, the EFCC alleged, among other things, that Fayose, on June 17, 2014, “took possession of the sum of N1, 219, 000,000 to fund his 2014 gubernatorial campaign in Ekiti State, which he reasonably ought to have known formed part of the proceeds of an unlawful act, to wit: criminal breach of trust/stealing.”

The ex-governor was also alleged to have on the same day “received a cash payment of $5,000,000 from Senator Musiliu Obanikoro, the then Minister of State for Defence, which sum exceeded the amount authorised by law and thereby committed an offence contrary to sections 1 and 16 (d) of the Money Laundering (Prohibition) Act, 2011 (as amended) and punishable under Section 16 (2)(b) of the same Act.”

The EFCC also alleged that Fayose purchased a property at No. 44, Osun Crescent, Maitama, Abuja for N200 million in the name of “his elder sister, Mrs Moji Oladeji.”

Fayose and Spotless Investment Limited pleaded not guilty to the charge. They are currently on bail.