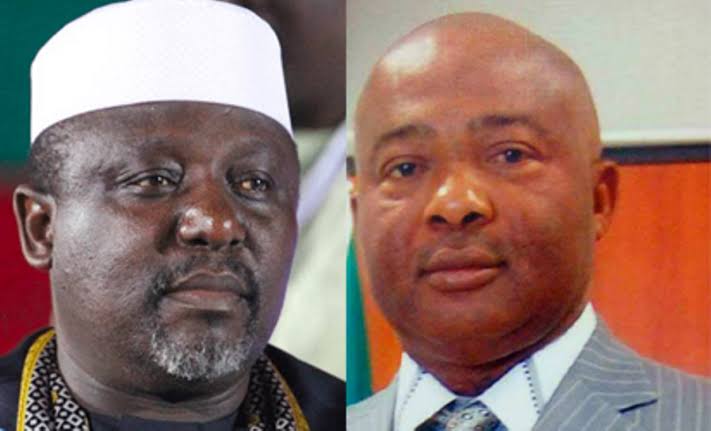 Former Imo State Governor, Rochas Okorocha, has boasted that he has the strongest structure in the state.

He also accused Governor Hope Uzodinma of unleashing hundreds of thugs against him on Sunday.

Okorocha and his associates were arrested after he supervised the unsealing of Royal Spring Palm Estate, Owerri.

The property locked by the state government was linked to his wife, Nkechi.

His statement accused the aide of storming the estate and destroying vehicles in the former governor’s convoy.

Onwuemeodo insisted that Okorocha was with only his personal aides.

“We are still watching events as they unfold. Okorocha has the strongest political structure in the state and teaming followers. If he had expected the attack, he would not have moved with his personal aides alone.

“Okorocha has never been a violent man. This planned attack but unprovoked and unwarranted has opened a new, but ugly chapter in the politics of the State. We shall react fully to the situation,” the statement read.