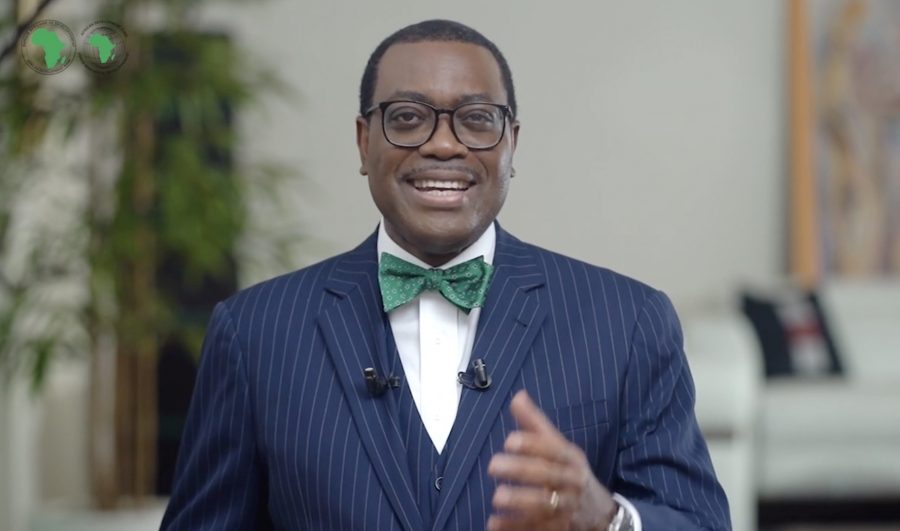 President of the African Development Bank, Dr Akinwumi Adesina, has criticised Nigeria’s political structure calling it fatherism and not federalism.

He also advocated that economic and financial viability and not politics should be the overarching factors in forging a restructured country.

Adesina spoke virtually  today as a guest at the second inaugural lecture of Governor Rotimi Akeredolu.

He spoke on the theme “Towards a new Nigeria, From Federal Fatherism to a Commonwealth.”

According to him, Nigeria’s system is essentially a revenue-sharing system.

He said states are “poor in the midst of plenty. They do not maximally explore or leverage what they already have in abundance.

“The federal system of monthly grants has paralyzed them.

“With stupendous resources, all concentrate at the centre, States are ever dependent on the centre. With the magnetic field of federal revenue allocations, states are constantly pulled, powerless into perennial dependency.

“This financial pilgrimage creates a sense of helplessness and overt dependency on the centre.

“State governors now spend more time in Abuja than they do in their own states, seeking the monthly ‘federal manna’.

“Like a pendulum, ever moving from side to side in constant motion, so too has this unfortunate dependency become seemingly unstoppable.

“The truth, however, is that to survive and strive, states must become financially independent of the centre in Abuja.

“Because Nigeria depends on oil for over 70 per cent of government revenue, any decline in the price of oil creates fiscal and economic volatilities that reverberate across the states.

“What’s needed is greater economic and fiscal autonomy for the states. The issue is less about states or regional autonomy, but the financial and economic viability of Nigeria’s constituent states.

“lf Nigeria were to be a conglomerate firm, it would not be economically viable because 92 per cent of its constituent “subsidiary companies” are not viable without the support of the holding company.

“It simply makes them perpetual dependent.

“The Nigeria system is therefore not federalism… but “fatherism”.

“The agitations for decentralization can be understood when viewed in the light of a craving for greater autonomy.

“But let us face it, political autonomy is meaningless unless it is backed by greater fiscal self-reliance at the state level

“We tend to copy systems that are not well suited to our context. The United States that we copied from, does not control resources at the state level. Instead, the states generate the bulk of their income from taxes.

Adesina also said that the much-talked-about restructuring of the country should not be driven by political dependency but by economic and financial viability.

“As a way out of the economic quagmire, much has been said about the need for restructuring.

“Restructuring should not be driven by political expediency, but by economic and financial viability for political viability.

“Surgeries are tough. They are better-done well, the first time. The resource found in each state or state groupings should belong to them.

The constituent entities should pay federal taxes or royalties for those resources.

“The achievement of economically viable entities and the viability of the national entity requires constitutional changes to devolve more economic and fiscal powers to the states or regions.

“We would change the relational mindset between the states and Abuja: the fulcrum would be the states, while the centre would support them, not Lord over the.

“With good governance and better accountability system, and a zero-tolerance for corruption, more economically stronger constituents states would emerge.

“We would unleash massive wealth across the states. It would be a Commonwealth. Wealth for all, not wealth for a fee. A new Nigeria would arise. We will need all of us, not some of us.