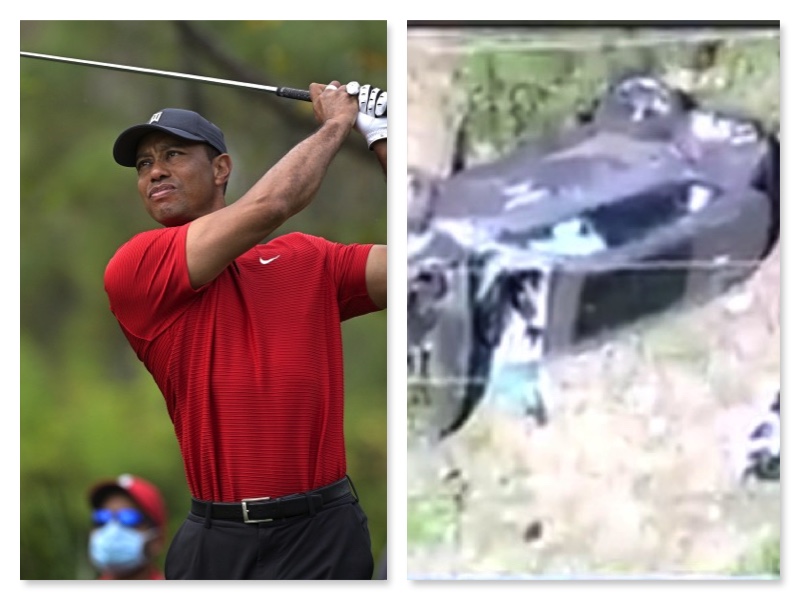 Tiger Woods and the wrecked car

His agent Mark Steinberg told Golf Digest that Woods “is currently in surgery”.

Woods, 45, was in California for a two-day content shoot with Golf Digest/GOLFTV after serving as host for the PGA Tour’s Genesis Invitational over the weekend.

The shoot involved Woods giving on-course lessons to a number of celebrities, but he mostly provided instruction and hit a few putts.

He was in good spirits on Monday but did not arrive to the course for the second day of shooting.

According to Los Angeles County Sheriffs, Wood was the sole occupant of the car, when it rolled over on the border of Rolling Hills Estates and Rancho Palos Verdes.

The 45 year-old golfer had to be cut out of the wreck by fire crews before Woods was transferred to hospital by paramedics.