ViacomCBS partners with Zero Malaria Starts With Me movement 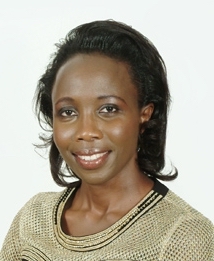 ViacomCBS Networks Africa (VCNA) has joined forces with the Zero Malaria Starts With Me (ZMSWM) movement to inspire and engage young people in the fight against malaria – the generation that can end this preventable disease. VCNA’s commitment to malaria and its powerful platforms will provide a unique opportunity to draw attention to the oldest and deadliest disease on the continent.

This partnership comes together at the crucial time in the fight against malaria. Despite the progress made since 2000, malaria continues to claim lives and COVID-19 has made the fight even harder.

While 90% of life-saving malaria prevention campaigns were delivered as planned in 2020, the World Health Organization (WHO) is warning that disruption to malaria diagnosis and treatment could still lead to thousands of additional deaths across the African continent where 74% of the population is below the age of 35.

Therefore, it is crucial to build partnerships which can reach young people and ensure their engagement so that malaria doesn’t steal their futures.

VCNA is committed to driving social change and through its network championing and pioneering powerful and engaging edutainment across channel platforms for children and youth from MTV, MTV Base and Nickelodeon.

Given the enormous economic and social burden of malaria on young people, VCNA’s ambition is to ensure that its platforms and creative content is a driving force behind further eradication of this disease.

On 24 February 2021, VCNA will support the Draw the Line Against Malaria campaign – a new youth-focused creative campaign powered by African stars.

The campaign aims to inspire young people to support the ZMSWM movement and call on their leaders at zeromalaria.org to commit to more action, more innovation, more funding and more political leadership to achieve zero malaria within a generation.

“By joining forces, ViacomCBS Networks Africa and Zero Malaria Starts With Me will bolster efforts to inspire and galvanise young people across Africa, and globally, in the fight against malaria – a preventable and treatable disease. This collaboration will provide an opportunity to showcase the talent and positive energy emerging from the African continent and further engage youth audiences to take action for positive social impact. This is the generation that will end malaria,” says Monde Twala, Senior Vice President and General Manager at ViacomCBS Networks Africa.

“Through multiplatform edutainment content, integration of youth culture, trending music and youthful storytelling, we can play an important role to effect positive change and to achieve meaningful impact in malaria affected communities. ViacomCBS Networks Africa embodies and aligns to this vision of a Reimagined Africa,” continues Twala.

Lilies Njanga, Africa Director for Malaria No More UK, said “This partnership will create a powerful opportunity to reach young people in Africa and beyond with a rallying cry for them to step up action in the fight against malaria. We believe that art and music are universal languages that have the power to unite and inspire young people – ViacomCBS embodies and aligns to these values and reaches a global audience. Together we hope to inspire youth to become trailblazers and end malaria in their generation.”

This partnership follows VCNA’s dedication to social impact causes. In 2020 the network partnered with the World Food Program and UNICEF for the Africa Day Benefit Concert to raise funds for immediate food provision and health care in support of coronavirus-affected communities across Africa together with YouTube.

The social impact series MTV Shuga in partnership with the MTV Staying Alive Foundation has led a formidable charge in effectively disseminating information and positively changing behaviour and attitudes through increased HIV testing.