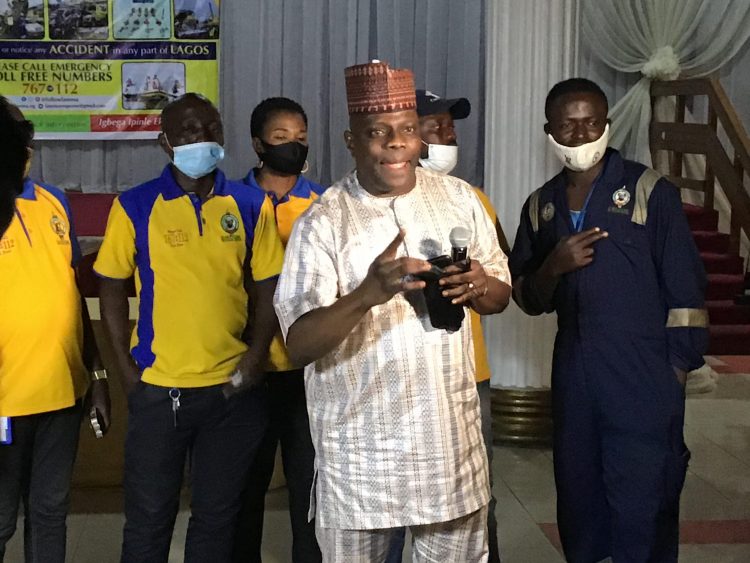 Director-General, Lagos State Emergency Management Agency, LASEMA, Dr. Femi Oke-Osanyintolu, on Wednesday said indiscipline and carelessness on the part of Lagosians are responsible for major disasters in the State.

Oke-Osanyintolu, who spoke with newsmen at the end of 2021 staff training for 100 junior staff of the agency, held in Ikeja, Lagos said the biggest challenge that his agency was facing was the orientation of the people towards disaster.

He said most of the disaster that had occurred were due to the carelessness and recklessness of the citizens.

The LASEMA DG added that residents were key in disaster management, which was why they must support and cooperate with the state in abiding by rules aimed at preventing disaster.

Oke-Osanyintolu lamented that some residents would store petrochemical products in their shops, while some others who erected structures would fragrantly disobey the state building code aimed at ensuring safety and averting disaster.

Oke-Osanyintolu appealed to residents to change if the disaster rate must reduce in 2021, assuring that the agency would continue to carry out sensitisation programmes and activities to educate the residents.

He also disclosed that a risk assessment conducted by LASEMA had revealed that the Ibeju-Lekki area was very vulnerable to disaster.

He said from the ongoing risk analysis and resource mapping of Ibeju Lekki axis, residents would be exposed to pollution, fire incidents and environmental changes impact, hence the need to strategize ahead to forestall any emergency in that axis through the use of ICT.

The DG said LASEMA was taking special interest and commitment in tackling disaster in the Lagos East senatorial zone of the state.

Oke-Osanyintolu added that Governor Babajide Sanwo-Olu was taking disaster management in the Lagos East senatorial zone serious, which was why he had committed to opening a LASEMA Response Unit in Epe before the year ran out.

According to him, the soon to be inaugurated Emergency Response Unit in the Epe Division of Lagos, is to forestall any disaster when the refinery at the Lekki Free Trade Zone commence operations.

Oke-Osayintolu assured Lagos residents that the present administration would leave nothing to chance in ensuring adequate protection of lives and property in the State.