Then and now in rural China. Photo Xinhua

Chinese President Xi Jinping celebrated “complete victory” in the effort to eradicate rural poverty for 100 million people at a ceremony in Beijing on Thursday.

The programme has been the signature initiative of Xi’s eight-year tenure.

State media credit Xi’s leadership with lifting nearly 100 million people from poverty, a milestone he declared in December and framed as a birthday gift for this year’s 100th anniversary of the ruling Chinese Communist Party (CCP).

In an hour-long speech, Xi hailed what he called a testament to the party’s leadership and the advantages of China’s political system. 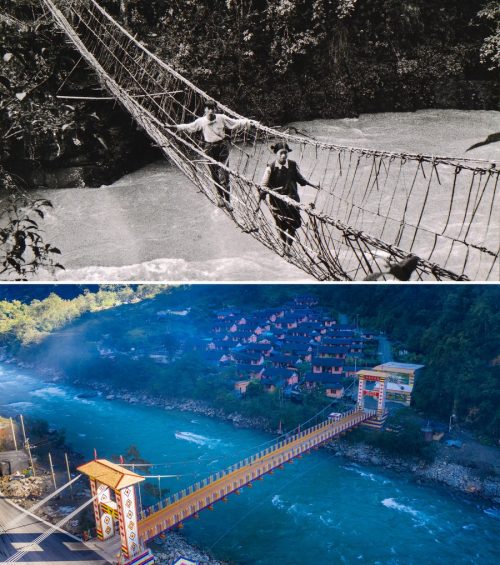 “The CCP’s leadership and China’s socialist system are the fundamental guarantees against risks, challenges and difficulties,” Xi said in Beijing’s Great Hall of the People, where he presented medals to key figures in the poverty fight.

Some global policy experts have said China sets a low bar in its definition of poverty, with sustained investment required to fund continued development in its poorest areas.

China defines extreme rural poverty as annual per capita income of less than 4,000 yuan ($620), or about $1.69 a day at current exchange rates. That compares with the World Bank’s global threshold of $1.90 a day.

Xi said China had invested 1.6 trillion yuan in fighting poverty over the past eight years, but did not give figures for spending planned over the next five years.

In a “No. 1 policy document” released on Sunday, China vowed to stick with its poverty alleviation policies, while making some adjustments for a five-year transition towards what Beijing calls “rural revitalisation”.

State media publicised the milestone, with a commentary of more than two pages in the party’s main newspaper, the People’s Daily, lauding the “historic leap” led by Xi.

According to China’s news agency, Xinhua, 255,000 teams were dispatched to offer on-the-ground support and over 3 million people were sent to the countryside as special commissioners for poverty relief.