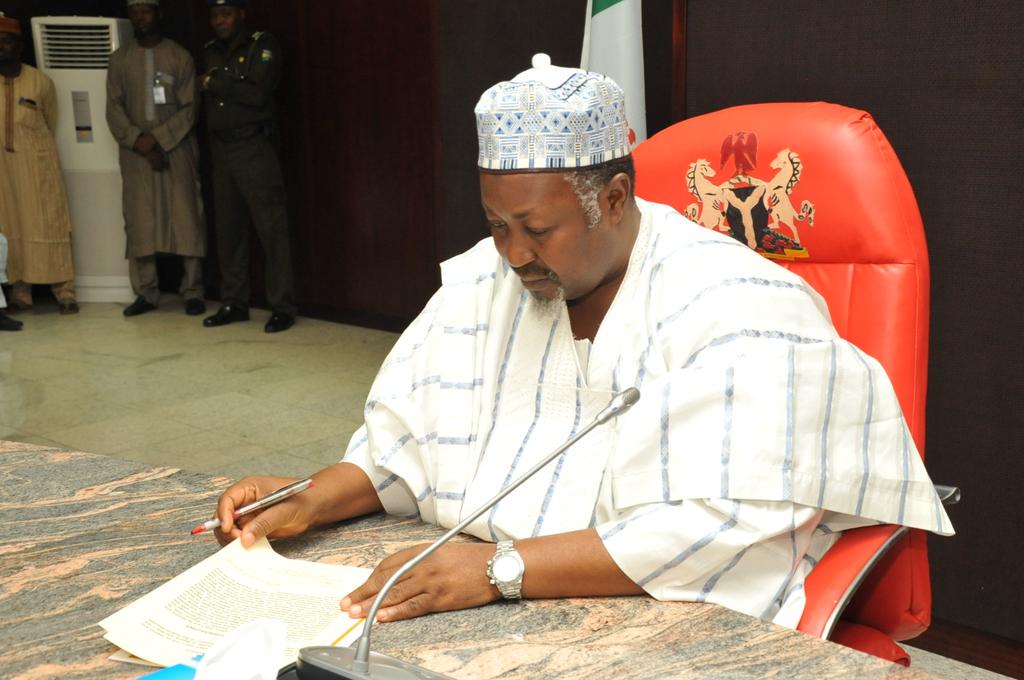 Governor of Jigawa State, Alhaji Muhammad Badaru Abubakar has said death sentence for rapists and kidnappers will help in reducing the rate of crime in the state.

Abubakar stated this while signing into law Violence Against Person Prohibition bill.

The Jigawa State House of Assembly had passed into law a bill for the prohibition of violence against persons.

According to the governor, the bill was assented after consulting with the council of Ulamas that the new laws are not in conflict with Islamic laws and culture of Jigawa people.

“The new laws stipulated in the bill include; Death sentence for male or female rapist or life sentence without the option of fine. Anyone who aides or gives order to rape another person shall receive a death or life sentence.”

“The use of political thugs attracts four years imprisonment for perpetrators and the use of indecent or pornographic pictures for advert in public places shall attract three months imprisonment with an option of N10,000 fine.”

Badaru commended the State Attorney General and Commissioner for Justice, Musa Aliyu, and the state council of Ulamas for their contribution to the passage of the bill.