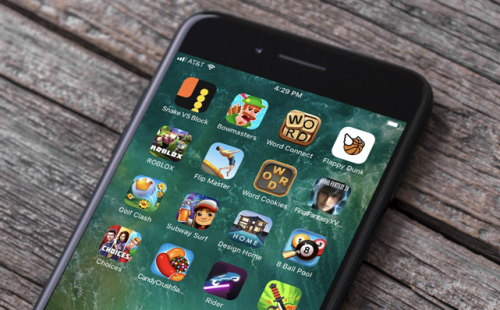 In the modern world, our entertainment options are vast. For the average Nigerian, music and movies will always be popular choices, but there is a new kid on the block, mobile gaming. Nearly everyone has access to a smartphone these days, opening up gaming on a mobile to the masses in the process.

Many avid gamers in the community will always remain loyal to newly-released consoles like the PlayStation 5 but for the rest of the population gaming on a smartphone is good enough in terms of satisfying their gaming needs. There are an array of games worth downloading too, with a game out there for practically everyone.

The vast majority of Nigerians have discovered the joys of mobile gaming as new audiences are tapped into, and more gamers are won around in the process. On the whole, Nigerians are playing some sort of mobile phone game, be it while watching some sport on television or waiting in line at the doctor’s, but more console gamers need some convincing. For example, some people feel that they’re either too old to play video games or that there isn’t a creation worth their time.

With that in mind, what is the appeal of gaming on a smartphone in 2021? Why are more Nigerians downloading smartphone games than ever before? Here are a few reasons as to why.

Casual gaming on the move

Gaming on a smartphone can be enjoyed anywhere as you get on with your day. Some people might game while on their commute to work in the morning, while others might fire up a new release on the weekend while they take in some Premier League football. It’s easy to do, it takes a matter of seconds to download a game, and smartphone games can typically be picked up and put down with ease. There are an array of games to choose from too, with casino gamers trying the trusted online casino for South Africans in 2021, alongside other hit releases such as Among Us or popular augmented reality games like Pokemon Go. The gaming options are vast, and they’re generally fun and entertaining releases too. Console gaming, on the other hand, isn’t affordable for all. It also requires a lot more time and attention than most mobile games do, making it less appealing for the more casual gamers out there. Gaming on a smartphone is certainly far more consumer-friendly in that respect, with console gaming requiring far more time and effort to get the most out of it. Image via https://twitter.com/thefxtec) 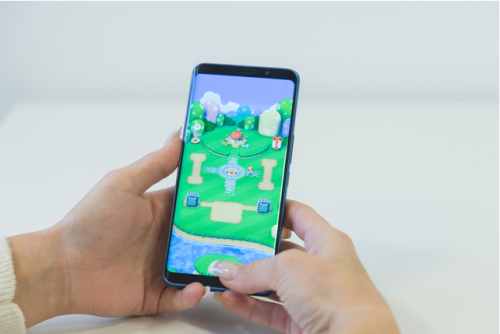 A trend has developed, as mobile gamers are treated to console classics on their smartphones in 2021. Due to the advancements made with our smartphones, developers have been able to improve the games on offer as a result. We are now seeing more console classics make the transition from console over to mobile and with relative success too. Console favourites like Mario Kart, Fortnite and PUBG have wowed mobile gamers as games in this space continue to thrive thanks to today’s more advanced and sophisticated mobile phones. We can access a range of accessories to elevate the gaming experience on a mobile phone, with joysticks and VR headsets being two popular options for many smartphone gamers today.

Most smartphone games can be downloaded within a matter of seconds after accessing a comprehensive selection of titles in either AppStore or Google Play. They’re generally free or incredibly cheap also, opening up smartphone gaming to everyone. Console gaming, on the other hand, is expensive and out of reach for the average Nigerian.