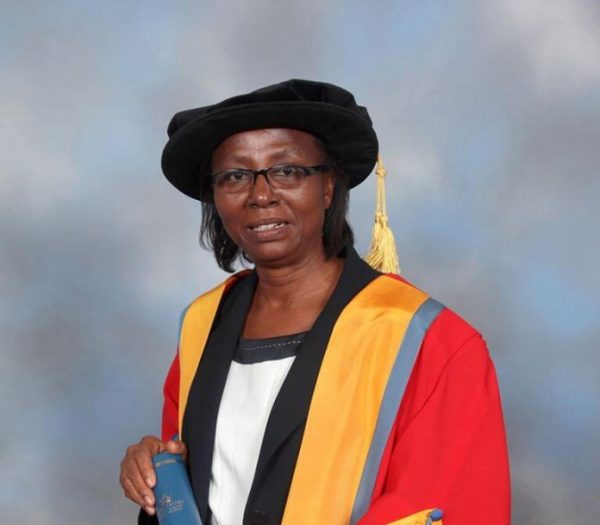 The Vice Chancellor, University of Lagos, Prof. Oluwatoyin Ogundipe, says the institution is going to miss the unblemished services of one of its forerunners, Prof. Chioma Kanu Agomo, as she retires on March 1.

Ogundipe said this at a Special Senate meeting organised in recognition of her achievements in the university.

Agomo, a Professor of Law, at the institution was the first female Dean of the Faculty, who had put in 41 years of service, with specialisation in Law of Contract, Industrial Law, Insurance Law and Gender Studies.

She obtained both her Bachelor of Law (LL.B) and Masters of Law (LL.M) from the Queen Mary College, University of London and was subsequently admitted to practice law in Nigeria.

She joined the Department of Commercial and Industrial Law as a lecturer in 1981 and was appointed Professor of Law in 1999.

The vice chancellor in his tribute to her, tagged, ‘The Hour to Honour the Bridge Builder’, described the day as a great day in the annals of the Senate of the university.

”This is because today, our respected and cherished Professor Chioma Agomo is attending her last Senate meeting prior to her retirement on March 1, 2021. Prof. Agomo have put in 41 years of active meritorious and unblemished service to the institution.

”I got to know Professor Agomo for over 23 years and the impression I have about her has never changed. However, recently she added another star to her several stars by being the biblical Deborah of our time,” Ogundipe said.

According to him, she assumed the role of a Distinguished Judge and Leader of the university during the crisis of his unconstitutional removal as the Vice Chancellor.

Ogundipe added that Agomo displayed uncommon leadership first on the floor of the Senate on Aug. 13, 2020, by suggesting urgent proactive steps that needed to be taken to save the university and by extension the entire Nigerian university system from the grips of the people that were intent on destroying it.

He noted that the retiring professor of law, followed it up by leading a strong delegation to take the well-articulated resolution of the Senate on the dangers of what was about to befall the university system to the Presidential Villa in Abuja.

Ogundipe added that in spite of all the pressures mounted on her from within and outside the institution, for her to have a rethink about her stance, Agomo stood her ground on the need to adhere to due process in the removal of the vice chancellor.

Speaking to newsmen shortly after the Senate meeting, Agomo said that she was leaving the University of Lagos a satisfied individual.

According to her, she has always drawn her inspiration from God adding that such was what she needed in handling the task of putting in place, an acting head of the institution, at the peak of the recent crisis between the Senate and the university council.

”I am leaving the University of Lagos a satisfied individual.

”I always said and I said it to the Senate during that period that, I respect man but I fear God. It is when you have fear of man that you start doing things that you may regret.

”But when you fear only God, he said fear him who has the power not only to kill you, but to cast you into hell, but do not fear the person who thinks he has power over your flesh. That is all he can do.

”If you do not fear God, you are on a slippery slope, anything goes. But you must believe in something. If you don’t have integrity, if you don’t have character, before you vie for an office, you must know what you are looking for.

”There must be an end in view, to serve or to be served? It is not an authority or an opportunity to go and lord yourself over other people,” she said.

”I will like to see a university that is not a respecter of persons, that gives honour to whom honour is due and do things the way it should be done at all times, that everybody will have a sense of belonging, no matter where he or she may come from.

”I will like to see a university where ethnicity will have no place in it,” Agomo added.

As part of her retirement rites, Agomo will deliver an exaugural lecture on 25 February.

It is titled: The Reflections of a Working woman in the University of Lagos workspace.