Tinubu is a leader: Fayose speaks on 2023 presidency 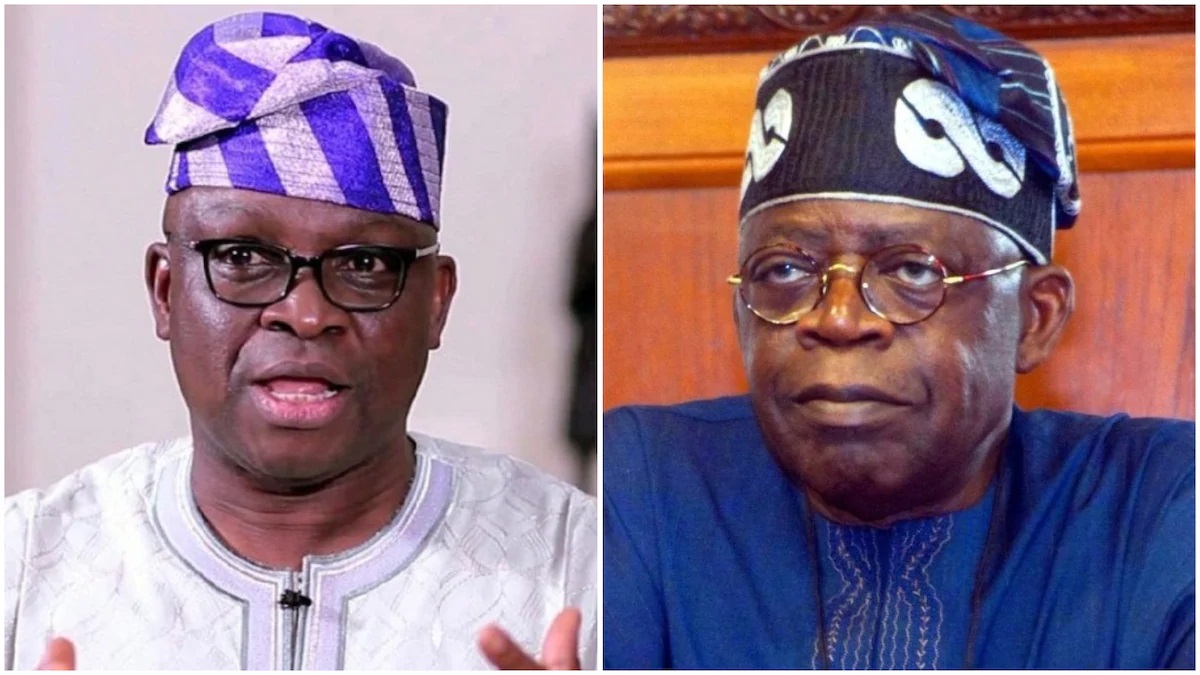 Former Governor of Ekiti State, Ayodele Fayose, said Bola Tinubu is a leader but he is only interested in ensuring the Peoples Democratic Party wins the 2023 Presidential election.

Fayose stated this on Wednesday while speaking on the rumoured interest of All Progressives Congress chieftain in the 2023 presidency.

Fayose, however, dismissed any personal relationship with Tinubu, adding that he has not met or spoken with the former Lagos State governor in years.

“Bola Tinubu is a leader in the West. It is a statement of fact,” Fayose told The Punch.

“I have never met former governor Ahmed Bola Tinubu in the last three years and I have never spoken with him on the phone once. So, I don’t how they are tying the relationship politically.

“To the best of my knowledge, I am not a member of APC. I have no influence on how he will become if he wants to become. I have no interest; the only interest I have is that a PDP president must be put in place.”

“If this country exists for the peace and enjoyment of all us, we will not be talking about it is APC, it is PDP…A PDP man cannot attend a function with an APC man. An APC man cannot greet a PDP man, we can’t continue like that, it shows level of hypocrisy,” he added.

The ex-governor of Ekiti also revealed that he has not abandoned his ambition to be Nigeria’s president.

“The office of the president is a noble one and I will love to be the president of Nigeria if the opportunity permits,” Fayose stated.