Kwara approves use of hijab in schools 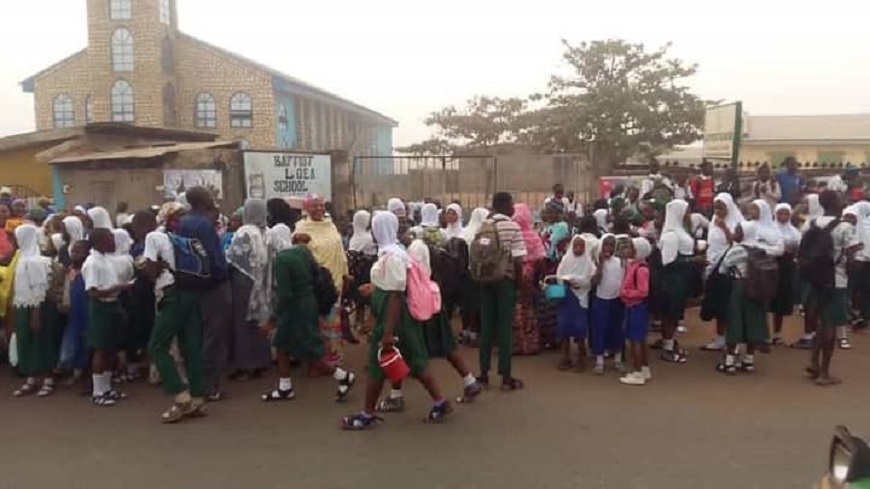 Church of Nigeria speaks on Hijab controversy in Kwara

The Kwara Government has approved the use of hijab (veil worn by Muslim women) in state and grant-aided public schools.

This is contained in a statement released by the Secretary to the Kwara Government, Mamma Jibril.

Kwara government had on Feb. 19 directed the temporary closure of 10 grant-aided secondary schools in Ilorin, pending the resolution of the controversy on the use of hijab.

”The state government has considered submissions of all major interest groups on the matter.

”It has also thoroughly considered the education law of Kwara state, the prevailing court judgments and current global trends of multiculturalism in evolving a consultation-based decision that will bring lasting peace and understanding to our communities.

“The government has also paid particular attention to the ‘declaratory’ nature of the subsisting judgments of the Court of Appeal and their purports.

“Consequently, the government hereby acknowledges and approves the right of the Muslim schoolgirls to wear the hijab, and directs the Ministry of Education and Human Capital Development to come up with a uniform hijab for all public and grant-aided schools, which will be the accepted mode of head covering in schools.

“Any willing schoolgirl with the approved uniform hijab shall have the right to wear the same in public/grants aided schools.

“Also, the government affirms the right of every child in public schools to freedom of worship.

“The government hereby directs that the affected 10 schools should reopen to commence classes on March 8.

“Similarly, the government has carefully noted submissions regarding ownership of grants aided schools and related issues.

“While the status of these schools is the subject of judicial determination, this and other related matters will soon be subjected to a technical committee to advise accordingly.

”The government reassures all members of the public that it will act in good conscience at all times.

“The government asserts that there is no victor or vanquished on the hijab question. It urges the two faith communities, especially the leaders, opinion molders, and media personalities to act with restraint and great responsibility in their public utterances and actions and continue to live in peace and harmony with one another.

“The government commends all the thought and religious leaders on both sides for their forbearance, understanding and commitment to peace”, the statement read.