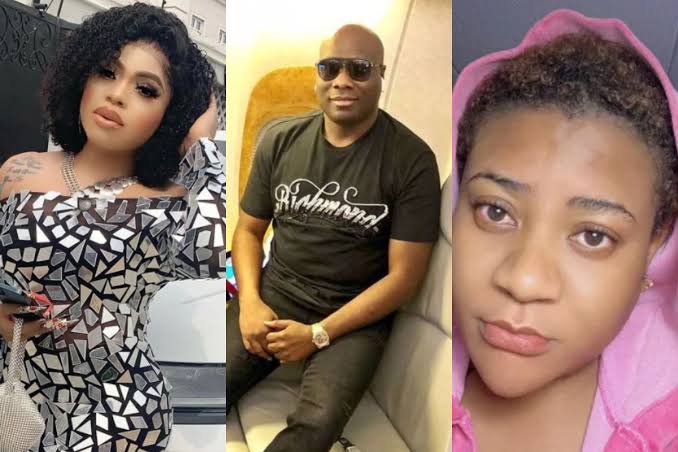 Mompha who was mentioned by a fan in the feud said both celebrities are his friends.

But he described them as crazy.

“Wetin man go do, they are both my paddy but them dey craze, he said.

A Bobrisky fan alleged that Nkechi apologized to a fan who tattooed her name out of fear that the crossdresser had warned fans to mind celebrities they follow.

Nkechi Blessing responded to the post, stating that perhaps both Bobrisky and the fan are mad.