NUT, NANS threaten to shut down schools over abductions 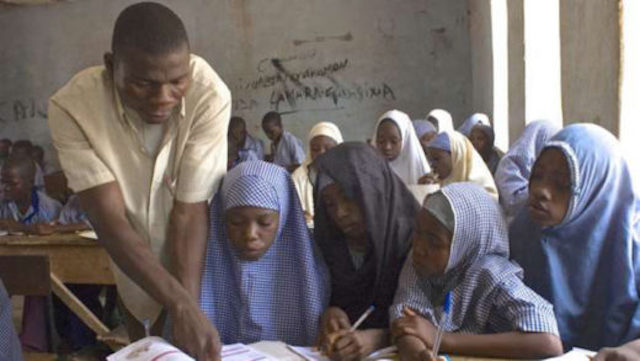 The Nigerian Union of Teachers (NUT) and National Association of Nigerian Students (NANS) have threatened to shut down schools over the abductions of students by terrorists.

According to the two groups the recent spate of kidnap means that students are no longer safe.

In an interview with Vanguard, the national secretary of the NUT, Dr Mike Ene and Southwest coordinator of NANS, Kappo Olawale Samuel, said some people were all out to put a setback to education in Nigeria while reacting to the recent Zamfara abduction.

“These abductions here and there are deliberate steps to discourage education and encourage school dropouts. It is unfortunate that schools have now become soft targets and we appear helpless.

“I watched a video yesterday where Shekau said anybody who identifies with Western Education is their enemy”, Kappo said.

“You can see that by targeting boys only schools and girls only schools, their aim is to discourage both males and females from going to school. We will not succumb to their threat and harassment. We are still battling with the Kagara boys matter and now this one.

‘We won’t also hesitate to shut down all schools if the lives of the students and teachers are not safe. The Zamfara State Governor said his amnesty programme is working, where is the result now? It is like if you are shaking somebody with your right hand and the person is slapping you with his left hand, won’t you let go, ” he noted.

Dr. Ene on the other hand said schools should adopt the Safe School initiative to make schools safe from intruders.

“All the schools should be fenced and the walls high so that anybody who manages to scale it would do that in a way that he would make noise that would attract the attention of security people.

He also challenged the new service chefs to come up with security strategy that would stem the tide of school kidnapping in the country.