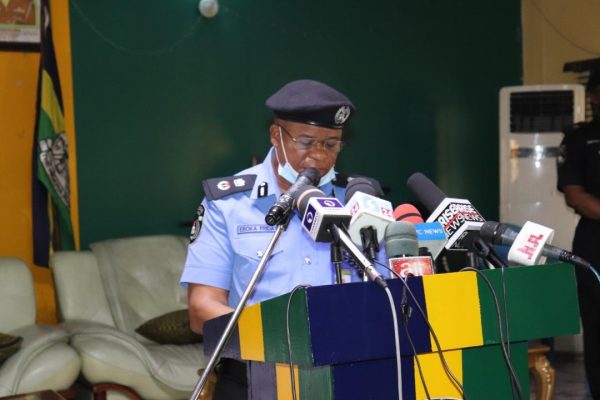 Rivers Commissioner of Police, Eboka Friday, has dissolved the controversial and dreaded Eagle Crack Squad of the state’s Police Command.

The Squad, whose members were popularly known “CP Boys,” was  dissolved on Friday morning after the  commissioner  who took over leadership of Rivers Command recently met with his management team.

While announcing the development, SP Nnamdi Omoni, public relations officer of Rivers Police Command said, “the dissolution is coming on the heels of complaints of unprofessional conduct exhibited by the personnel of the Unit.

He added that the dissolution is with immediate effect and all personnel attached to the Unit are to report to the Headquarters for redeployment.

“Recall that the CP in his Maiden Press Briefing on Tuesday promised to address all cases of infractions by the Police and increase supervision  of the men, with a stern warning to deal with erring officers and hold DPOs/HODs vicariously liable,” said Omoni.

The Police spokesperson further appealed to the public to “rekindle their trust in the Police, as the Command is committed to giving them improved policing services that will stand the test of time.”

Our correspondent reports that the disbandment of Eagle Crack Squad is coming less than 48 hours after report that some of its operatives forgot their phone inside the car of a final year student of University of Port Harcourt after extorting N150, 000 from him.

The Squad had been indicted for series of violation of human rights and brutality in the course of their work in Rivers.

It would also be recalled that some of operatives of Eagle Crack Squad were indicted for the killing of an auto mechanic, Chima Ikwunado and brutal torture of five of his colleagues, popularly known as  Ikokwu five in 2019.