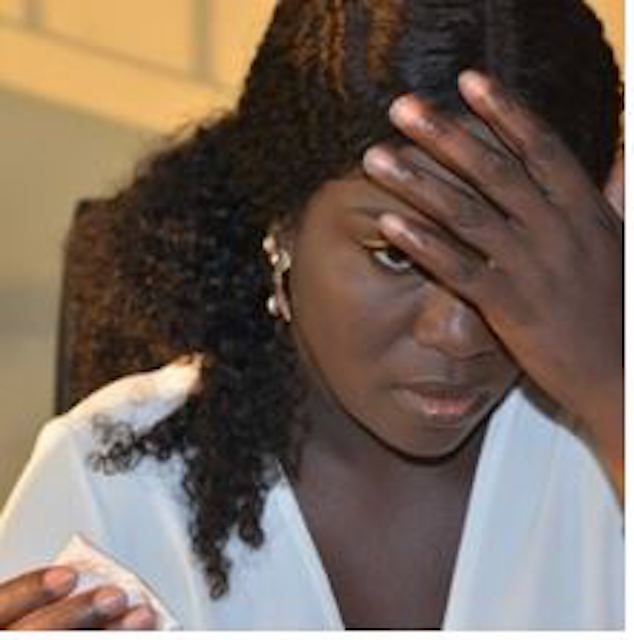 Dabira Adeyinka, a coordinator at the EndSARS protest gave a gripping witness account today of the 20 October shooting by soldiers at the Lekki Toll Gate.

She was led in evidence by Adesina Ogunlana, counsel to some #EndSARS protesters who were hospitalised after the shooting.

Dabira said that she worked backstage and was responsible for crowd control at the toll-gate.

“On 20 October, myself and DJ Switch, were on stage when we got the information that there would be a curfew by 4 pm”.

Hours after, she said they were told the curfew would begin by 9 pm.

“Around 4 pm, I was with the public address system and I told the crowd not to react if the army showed up.

“I said that they should just sit, wave their flag and recite the National Anthem.

“In the middle, we were having music and myself and Switch were the two ladies on stage and few other guys.

“At about 6:45 pm a lady ran to the stage shouting that the army were here and people were running helter-skelter at that point.

“I told them to calm down and just sit and that the soldiers were not here to harm us.

“As I was saying that, I started hearing gunshots and myself and Switch turned back on the stage and looked in the direction of Sandfill.

” We saw the army vans driving towards our direction and shooting at random at the same time.

“They were shooting directly at protesters.

“I realized this is not a joke. So we jumped off the truck and they were closing up on us and shooting.

“As the shooting was on, people were crying and chanting the National Anthem and I kept shouting with the address system, just sit down, believing if we were sitting, we won’t be harmed. But people kept shouting and crying.

“So I took my shield by the side of the truck on the stage to save myself from the flying bullet and a guy sighted me and said mama you are still here. He ran to us and took a sit beside me.

“Before he sat down, he screamed mama, bullet don hit me.

“I saw blood and I told him calm down, hold your breath and I started dragging the guy into the crowd.

“So as I dragged him into the crowd, other guys on the stage started carrying bodies into the van on the stage. Some were lifeless on the ground. DJ switch at this point started doing a live video.

“While I was in the crowd and they were shooting, a jeep drove in and someone in the jeep stepped out, perhaps a senior army officer and he gave a sign to army officers.

“They stopped shooting. After they stopped, he tried to address us.

“As he tried to approach, protesters resisted him saying that his address should be first before the army officers started shooting.

“The man who came out of the jeep is Omata by name, I don’t know if he is a general.

“Where I was hiding, I noticed he was a calm person and I crawled towards him, I raised my hands and said sir please, people are on the floor, we need an ambulance.

“He asked who am I, and I said I was one of the coordinators.

“He appeared to be a messiah to us or else we all could have been killed. He, however, told me to go and get the ambulance because we always have an ambulance around. I said I won’t get up as the army told people to stand up and go and they shoot at them so I resisted except he tells one officer to lead me outside the barricade.

“He then led me to somewhere where there was light and an army officer questioned me if I knew there was a curfew and I said yes, but it was supposed to start at 9 pm and the shooting started 6:45 pm.

“He put his phone before my face, perhaps filming me and let me go towards Sandfill. I came across other protesters and I told them we need to get an ambulance. One of them put a call through as two ambulances arrived at about 10 mins after and I followed them back to the toll gate.

“We drove through army barricades and they denied us entry. I did not see Omata again as he was not at the barricade where we were turned back.

“For a while, the shooting stopped, after some time, I started hearing gunshot again then I met Victoria Oniru who was on the protest ground before the shooting. Her house was around the toll gate and she was panicky too. The shooting continued but not as intense as before.

“The next morning, we wanted to see if we can get some others to the hospital. We tried reaching the toll gate, and there were still a few shootouts the next morning.

“So we went to an uncompleted building to see if there were people that need help.

“I only saw blood and birds roving the sky. The scene looked deserted.

“There were journalists around and one questioned me about what happened.

“I was informed afterward people have been moved from hospitals to an unknown place.”

“Since that day, I have not been to my house. I have been seeing to the welfare of the victims, providing food, medication, and clothes for them.

“I also got a threat call from a strange voice few weeks after and last month, I was with a friend who was also at the protest also.

“A car was trailing us which I did not take seriously.”

Justice Doris adjourned till March 20, 2021, for further hearing and cross-examination by counsel to Lagos State Government.