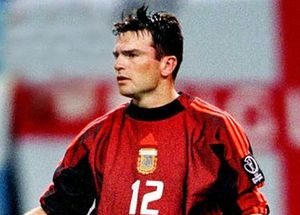 Pablo Cavallero, a former Argentina goalkeeper has been charged with manslaughter after his involvement in a fatal car crash.

The 26-cap international goalkeeper – who spent much of his career in Spain – was reported to have hit 57-year-old Juan Rivero with his vehicle on Route 2 near Etcheverry, Argentina.

Ambulances rushed to the scene from a nearby toll booth on the motorway, but Rivero died at the scene.

Read more at The Sun.