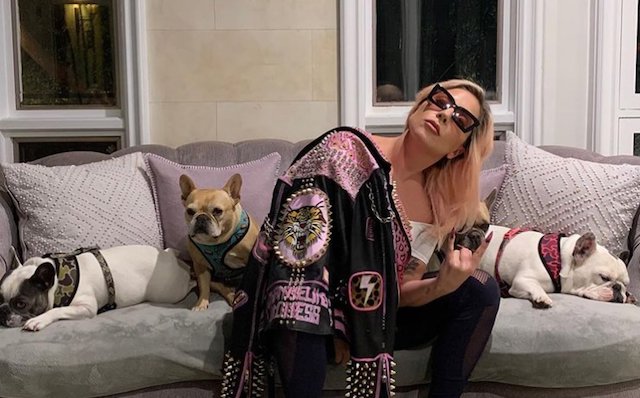 The two missing French bulldogs of Lady Gaga have been found, two days after they were stolen by gunmen, who shot her dog walker in Los Angeles.

The return came moments after Lady Gaga promised a $500,000 rewards for finders.

“My beloved dogs Koji and Gustav were taken in Hollywood two nights ago. My heart is sick and I am praying my family will be whole again with an act of kindness. I will pay $500,000 for their safe return”, she wrote.

Detectives and a representative for the singer went to the Olympic Community Police Station – which is just over six miles from the scene of the robbery – and confirmed the identity of the unharmed dogs.

The dogs have been reunited with Lady Gaga’s representatives, as she is away in Rome, filming a movie.

According to the LAPD, the mystery woman who dropped off the dogs appeared to be “uninvolved and unassociated” with the Wednesday night attack on Gaga’s dog walker.

The SUN reported that it was unclear how the woman obtained the dogs or if she would be in line for the $500,000 reward offered by Gaga for their safe return.