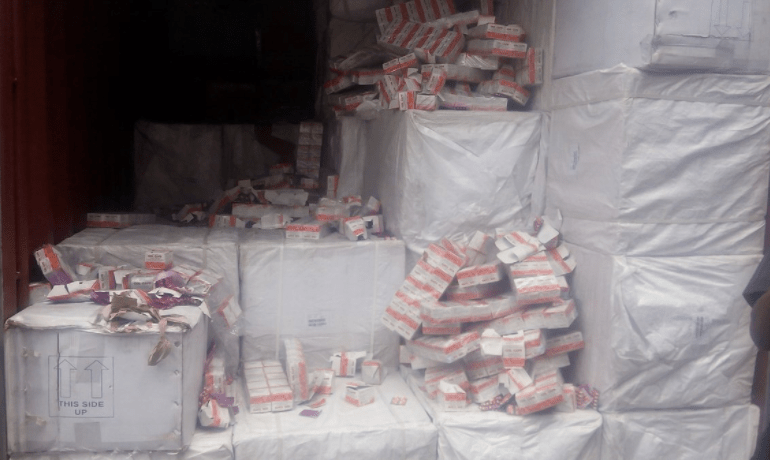 The NDLEA Commander in the state, Mr Idris Bello, made the disclosure in an interview with the News Agency of Nigeria (NAN) on Saturday in Yola.

Bello said that the drug was seized in a house at Unguwan Madina, Mubi town.

Bello explained that the command had also seized 82 blocks of compressed substance, weighing 79 kilogramme, believed to be cannabis sativa, popularly known as Indian hemp, in Lafiya-Lamurde in Lamurde Local Government area of the state.

“The Adamawa Command of NDLEA, on Feb. 19, successfully arrested a suspect, with 225mg of Tramadol tablets, 100mg capsules and Diazepam tablets, all weighing 46.8 kg.

“Similarly, the command, on Feb. 24, also arrested a suspect, of Lafiya-Lamurde, in possession of 82 blocks of compressed cannabis sativa substance, weighing 70 kg, in Lamurde Local Government area ” he said.

The NDLEA commander explained that from January to date, the command had arrested no fewer than 136 suspects in connection with drug-related cases across the state.

He also disclosed that during the period under review, 12 people were convicted, while 67 cases were still pending at the Federal High Court, Yola.

Bello attributed the achievements recorded within the period to what he called dedication and sacrifice by the personnel, working in synergy with other sister agencies, vigilance groups and the communities.

While acknowledging the support of the Federal and the State Governments to the command, he added that with the support of stakeholders, NDLEA would continue to cripple the activities of illicit drug dealers in the state.

“I am warning illicit drug merchants to either leave the state or be arrested and dealt with accordingly,” he stated.