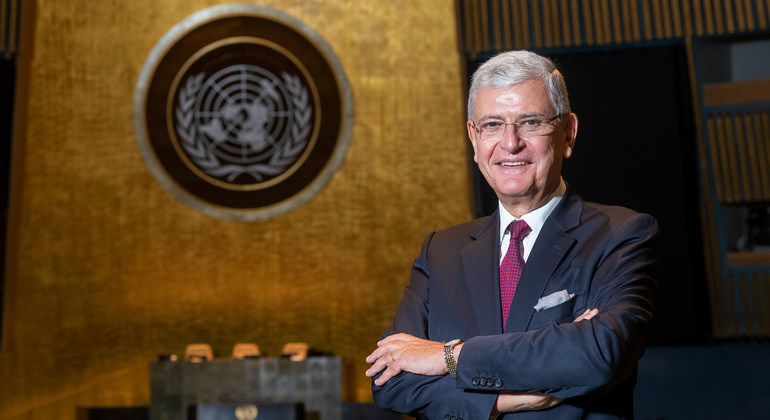 President of the UN General Assembly Amb. Volkan Bozkir has added his voice to the growing condemnation of Friday’s abduction of 317 schoolgirls in Kagara, Zamfara, Northwest Nigeria.

“I am shocked by today’s kidnapping of 317 girls from their school in northwest Nigeria,” Bozkir tweeted on Friday evening.

“This is the third mass abduction of children since December in the country.

“No child anywhere should be afraid to go to school.

“I hope the girls are unharmed and will be freed soon,” the tweet said.

In a similar tweet following a statement on the incident, UN Secretary-General António Guterres said he was appalled by the kidnap.

Describing attacks on schools as heinous violation of human rights, the UN scribe demanded the immediate and unconditional release of the girls to their families.

In a statement issued by his spokesman, the UN chief urged the Nigerian government to spare no efforts in bringing to justice those responsible for the crime.

He reaffirmed the solidarity and support of the UN to the government and people of Nigeria in their fight against terrorism, violent extremism， and organised crime.