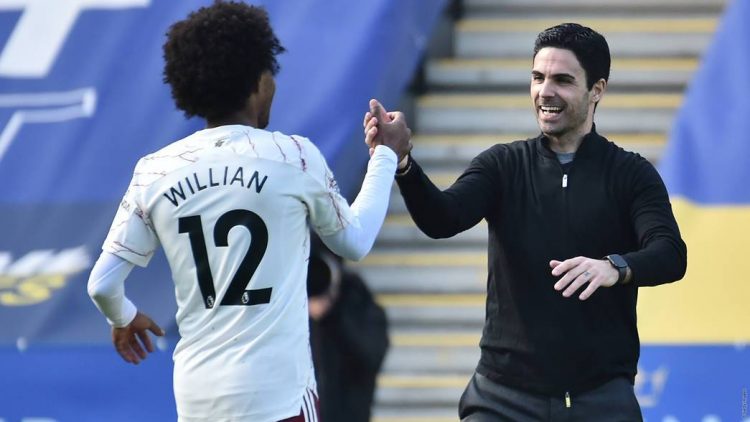 Willian and Arteta after Arsenal's 3-1 win against Leicester

Arsenal head coach, Mikel Arteta has heaped praises on Willian for his display in their win against Leicester City.

The winger contributed two assists in their 3-1 win against the foxes after providing one assist midweek against Benfica.

It capped off a fine individual performance from the Brazilian forward, as Mikel Arteta is delighted that he is starting to see the best of him.

“He was really good,” Arteta said during his post-match press conference. “We’ve seen that in training the last few weeks. He’s rebuilding himself and he’s not accepted the situation.

“The same with the other senior players. Laca, I think the way he played, Nico grew in the game and had a big impact as well. Granit as well. A player who has played that many minutes, to play with the heart and the passion he showed in every action, I think it’s a great example for the rest of the players.”