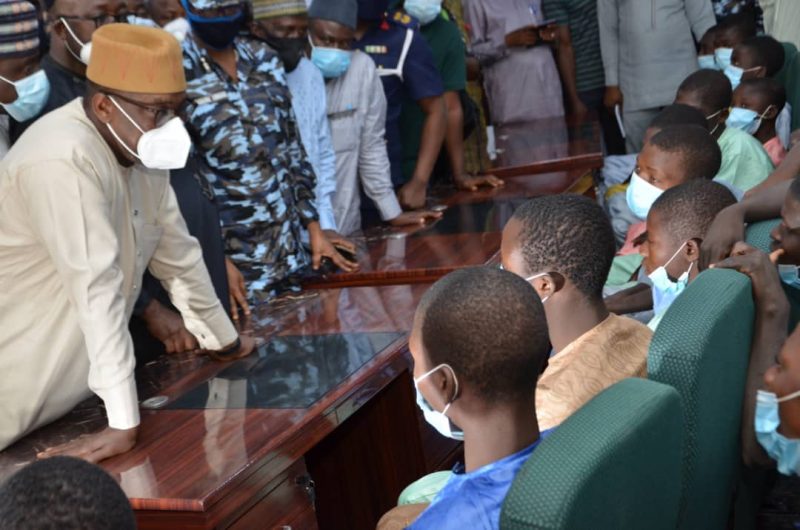 The bandits that kidnapped 38 people, including 24 Kagara students were paid with prisoner swap to free their captives.

According to Daily Trust, some members of the bandits’ gang being held in Nigerian prisons, were released before a deal could be struck

After days of working to establish contact with the abductors and subsequent negotiations, the victims were released to a team of police and other security agents around 7am on Saturday.

Daily Trust reported that the bandits demanded the release of six members of their group arrested at different times by security agents.

Four of the six named persons, were identified in different detention facilities in Katsina, Kaduna and Niger states.

However Niger state Commissioner for Information, Alhaji Muhammad Sani Idris, denied there was a prisoner swap.

He also denied that ransom was paid to the kidnappers.

But Daily Trust insisted that two of the prisoners were released to the bandits before the students were set free.