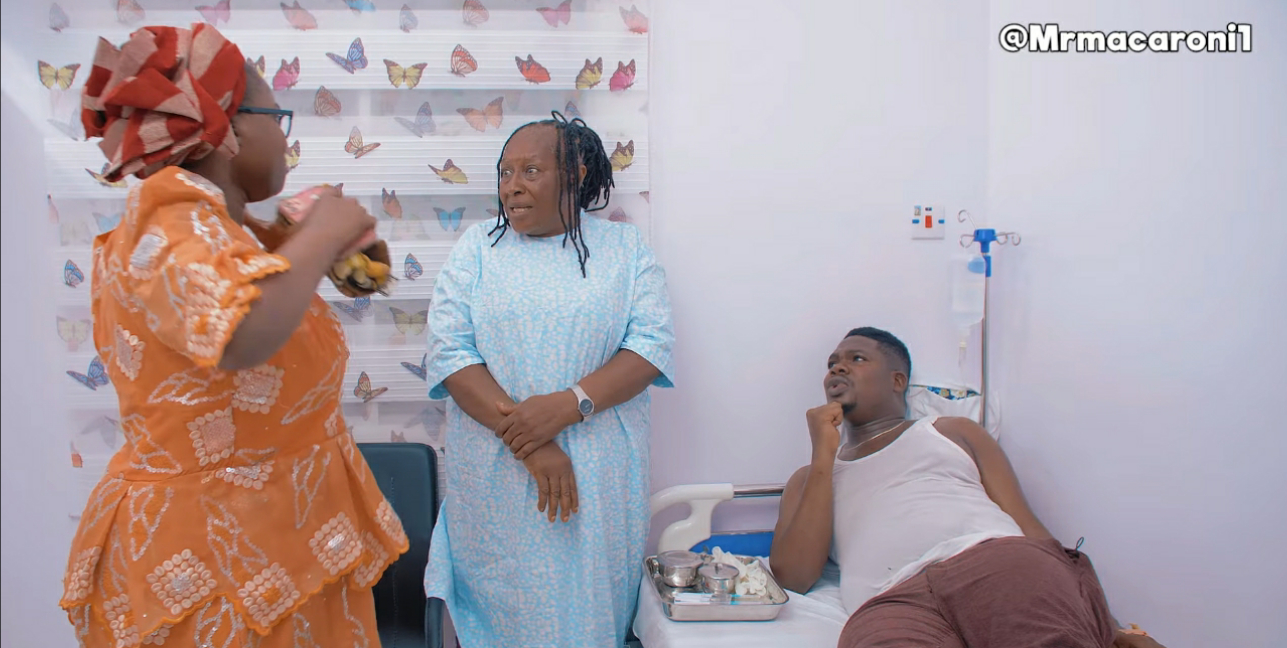 The popular comedian Debo Adebayo, also known as Mr Macaroni, put out a new skit, which is less than three-minute video on his social media pages on Saturday.

The skit starts with the comedian (Daddy Wa) discussing his readiness to be discharged from the hospital with his wife after receiving treatment for an undisclosed illness.

Daddy Wa, however, made a dramatic U-turn when Dorathy, a very endowed doctor on duty, came into his treatment room.

To get the doctor’s attention, he feigned that his health condition had worsened and could be seen throwing himself up and down the hospital bed to drive home his point.

He was, however, stunned when Ozokwor entered the room and was introduced as the nurse in charge of treatment by Dorathy.

The entertainer had immediately started begging the movie star who is known for cruel acts, explaining that he was no longer sick.

But Ozokwor quashed his plea, insisting on administering injections on him.