Why men are crazy about me - Actress Biodun Okeowo 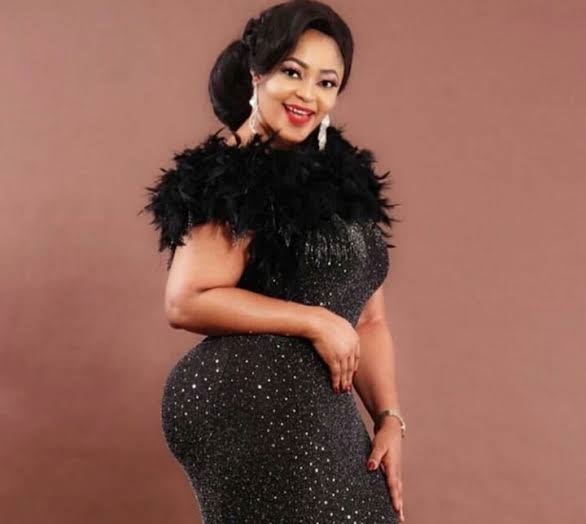 The 37 year-old actress has been a screen diva for many years and has maintained her ‘figure eight’ body shape, despite having two children

In an interview with Potpourri, the actress who spoke on what is most alluring about her physical appearance, said her hips and eyeballs are what African men like about her.

“Well, I will say my hips and eyeballs. God has blessed me with what African men really like. Even the modern-day African man who pretends to like a skinny woman, after getting down with her, he would marry a woman who has ample flesh in the right proportions,” she said.

According to her, she has managed to keep her body shape for so long because she has been a vegetarian and she checks her weight seriously so she doesn’t lose her sexy body shape.

“I have been a vegetarian for many years now and the reason is not far-fetched. I have the tendency to be overweight, so I’m seriously checking it in order not to lose my figure-eight shape,” she said.